“Truth is the basis of science and philosophy, presenting the intellectual foundation of religion.”  [UB 647:01]

Thought Adjuster: “The truth obtained through scientific research continually expands through the concerted efforts of those with a curious mind.  They formulate a hypothesis that suggests an explanation for an observable phenomenon, or they make a reasoned prediction of a possible causal correlation among multiple aspects. In science, a theory is a tested, well-substantiated, unifying explanation for a set of verified, proven factors. It is always backed by evidence, while a hypothesis is only a suggested possible outcome, and is testable and falsifiable. In the end, science can pinpoint a law of cause and effect.

“Scientific truth is validated through tests and experiments. It becomes increasingly difficult to pinpoint the facts that pertain to the intangible realms of philosophy and religion.  Over time, much progress was made in solving many of life’s mysteries.  Based on these breakthroughs, primitive religions evolved to include logic and rationality.

“As well, the erroneous belief that one cannot personally experience the Divine, has been refuted.  Personal experiences should be the litmus tests for religion.

“Our Creator IS the absolute Truth.  All That Is has been conceived through His rational mind and manifested according to eternal laws of cause and effect.  To make sense of your life, you need to come to understand the many components of the human condition.

“The Spirit of Truth is your greater ally in this process, as It will guide your discernment, helping you debunk flimsy belief systems.  As well, I, Your Indwelling Spirit, will collaborate with your sense of intuition to contribute to your private ‘truth library’ thus strengthening your footing notwithstanding the treacherous and artificial quicksand of untruth.” 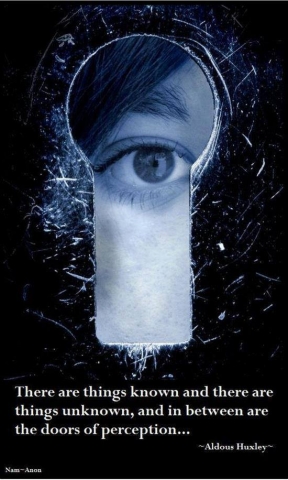