Definition: In chaos theory, the ‘butterfly effect’ is the sensitive dependence on initial conditions in which a small change in one state of a deterministic nonlinear system can result in substantial differences in a later state. ... A minimal change in initial conditions creates a significantly different outcome.

Thought Adjuster: “A fleeting thought caught your attention. Just as the human body renews itself every seven years by the constant shedding of old cells to replace them with newbies, the same applies to your world at large.

“The discarding process is accomplished through the technique of material dissolution, which in general applies to the older generations. When their aging bodies meet their expiration date, the elders leave the planet to be reborn to the afterlife in a brand-new ‘morontial’ form whose substance is neither material nor spiritual.

“You can honestly affirm, “I am not who I used to be.” Your planet is also undergoing a constant metamorphosis.  As historians have recorded, Mother Earth had undergone many land shifts and climatic fluctuations. She is also impacted by the various philosophies and belief systems entertained by its inhabitants at any given time. Each generation acts as an agent of change for the planetary mindset—the world view.

“As a tiny cell of this vast organism, you matter, as you add to the mix with your unique personality, your way of thinking, feeling, and doing—your energetic output. You also are a catalyst for a myriad of chain reactions. Instead of cutting yourself short, strive to bless your world with positive achievements by generating thoughts of a high caliber that will help move the planetary destiny toward brighter horizons. As you change, the world at large changes. Such is the ‘butterfly effect.’ 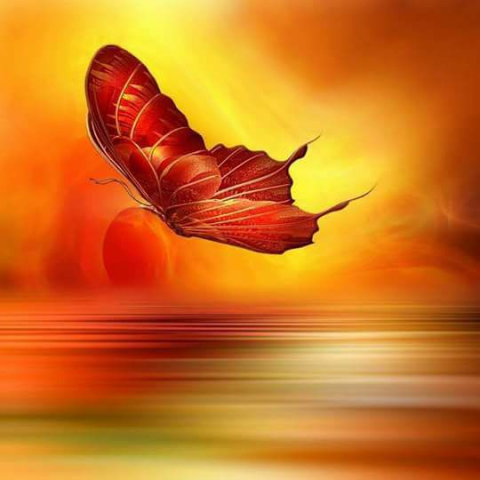