Thought Adjuster: “Over two thousand years ago, a Divine Son incarnated as a Son of Man on your distraught planet. It was prompted by His desire to save as many souls as possible—an operation way beyond the span of His human career—and to relieve them of the collective amnesia that plagued them as to their divine origin and destination.

“As a divine ambassador, Jesus was a clear mouthpiece for the Invisible One Who commissioned Him as His representative in a visible form.  What an unprecedented gift it was!  Those of you raised in Christian households may have become acquainted with that fact.  However, it was—and still is—a spiritual game-changer.  Jesus defined superior standards of right living—often painstakingly, as they clashed against what was then held as the immutable letter of the law.

“The revolutionary message of His life was that each one of you is divinely indwelt and closely monitored; that your Heavenly Father is, in fact, quite down-to-earth, since He lives in you and through you!

“Rather by feeling intimidated by the Infinity of His Being, find comfort in His actual Presence within you—your strongest link to the Divine.  Moreover, on the momentous Day of Pentecost, Jesus established a spiritual stronghold in you by making His Spirit of Truth available to each one of you.  Once you acknowledge this spiritual reality, you are reborn in His very spirit, peacefully surrendering to the inner guidance of His enduring truth.” 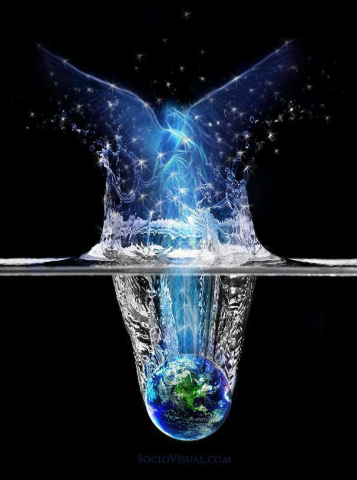