“Before God and in the spiritual world all mortals stand on an equal footing.  There are only two groups of mortals in the eyes of God:  those who desire to do his will and those who do not. […] Those who cannot know God are reckoned among the animals of any given realm.”  [UB 133:0:3]

Thought Adjuster: “In the above statement, Jesus indirectly alluded to the social stratification that He witnessed in matters intellectual, social, and moral.  Caste systems find their origin in apparent inequalities in personal endowments and social status.

They separate the ‘elites’ from the ‘ordinary folks’ in all areas of human living—intellectual, political, scientific, religious, and more.  Based on their stellar contributions or mere hierarchical status, those belonging to the ‘establishment’ are adulated by their peers—or demand to be.  One could also divide society between the ‘have-too-much’ and ‘have-too-little,’ as it is undeniable that many have gotten the short end of the straw.

Part of the breaking news broadcasted by Jesus, a Divine Son, is that all have equal access to the humble spiritual greatness that results from nurturing a living relationship with their Maker and developing godlike attributes—a bragging right denied to the animal kingdom.

Grow wherever life planted you by setting worthwhile long-term objectives.  Hook your wagon to the spiritual engine that will take you way beyond the terminus of your planetary existence.  The Higher Realms' social structure makes generous allowances for everyone to be held in high esteem for their unique contribution to the greater organism.” 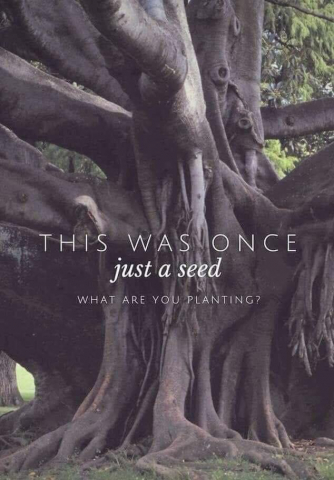