Facts about Yeast: It is a single-cell organism, called Saccharomyces cerevisiae, which needs food, warmth, and moisture to thrive. It converts its food—sugar and starch—through fermentation, into carbon dioxide and alcohol. It is the carbon dioxide that makes baked goods rise. Yeast will become inactive if the water temperature reaches 120F or more. At 140F, it will die completely. A sluggish fermentation occurs when yeast is struggling to ferment, potentially stopping fermenting altogether and becoming stuck.

Thought Adjuster: “Jesus declared with authority, “I am the bread of life. Whoever comes to Me will never hunger, and whoever believes in Me will never thirst.” [John 6:35] Let us ponder his unequivocal statement of spiritual facts using yeast as an enlightening visual. By the way, yeast also plays an essential part in wine fermentation—another clarifying example given by Jesus.

Without the catalyst of yeast, the bread will not rise, and the grapes will not ferment.  Just the same, robbed of its living plasma, truth becomes inactive, losing its organic power of fecundation.

Living truth is high-octave mental fuel that increases both the mileage and the quality of your cognitive processes. Its irrepressible life force sets in motion far reaching domino effects of ever-higher understanding. The tipping of each strategically positioned piece opens unsuspected portals that take you into virgin and thrilling territories of expanded understanding.  Joyful ah-has are the audible manifestations of such celebratory epiphanies.

On the other hand, those whose daily fare consists of 'canned truth’, way past its expiration date, quickly lose their motivational zest for life, as they overlook their basic needs for spiritual sustenance. Their thoughts remain stuck in boring loops for lack of stimulation, and a significant part of their grey matter hibernates. Deprived of the guiding light of ever-progressive truth, they aimlessly stumble in depressive darkness.

Jesus most certainly told liberating truth when he urged his followers to hook their wagon to his powerful, heaven-bound truth engine.” 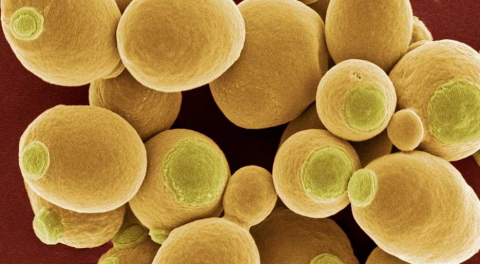