Thought Adjuster: “Your world needs visionaries and realists—or both bundled into one.  How else could you progress if you did not entertain a particular vision, inspired by your wishful thinking for doable improvements?

The minions of the dark forces let them defile their inner sanctum through sacrilegious and self-annihilating pursuits.  Iniquity excels at emotional manipulation.  It prolifically makes cheap promises that it does not intend to keep, as there is no honor among thieves.

The high points of your planetary evolution have been reached through the infusion of metaphorical new blood—the innovative impulses driven by scientific discoveries, philosophical deductions, or spiritual revelations.  There is always a chance that the fear of the unknown will lock the wheels of progress, bringing things to a premature halt that is detrimental to the general welfare and can lead to the collapse of civilizations.

All of you are visionaries of sorts.  “Be careful what you wish for” is very relevant in articulating ‘realistic’ visions.  Such mental depictions should be best-case scenarios, and you must remain ever watchful of your trains of thought.  Some of their tangents may inadvertently and inconspicuously take you and humanity down a very slippery slope.

Indeed, low-grade thinking is virulent.  As you share it with others, you may contaminate their inner world if they have failed to sharpen their discernment skills to produce adequate mental antibodies.

Jesus was a realistic visionary.  His enlightened visions exclusively aimed at the sublime manifestation of truth, beauty, and goodness. He was very resourceful in their long-term implementation.  He suffered setbacks and experienced deceptions, but never did He disappoint The One He came to represent on the eventful stage of earthly life.

You, too, have all it takes to implement the vision that I summon from the depth of your being—a collaborative undertaking that involves you, your Angelic Companions, and Myself. The time has come for us to cut the inaugural ribbon, giving an official start to such a promising undertaking!” 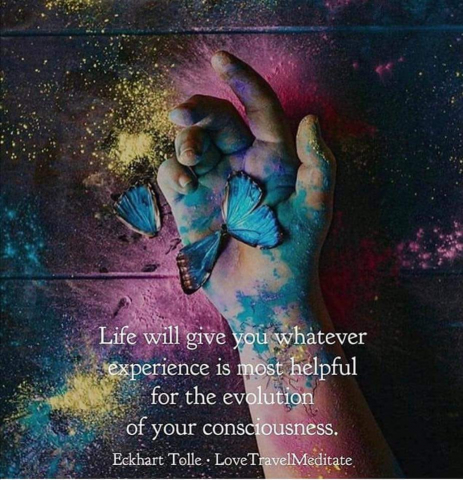