Thought Adjuster: “Hate and anger—its mentally-disturbed henchman—can never bring healing closure to any situation, as, by its violent nature, their modus operandi is nothing but harmful.

The cruel and impulsive propensity of hate-in-action to take an eye for an eye has seriously escalated.  It unfeelingly and self-righteously claims many innocent lives as disproportionate ransoms for the perceived or actual wrongdoing of one individual or a minority, thus piling painful injuries on top of each other.

Jesus served as the bullseye for the shooting practices of hate-in-action.  Yet he never defected from his stance of love-in-action, symbolically brandishing the sign “The bullets stop right here.”  It is how he sacrificed his innocent life for the sake of all.

How could those partaking in unending and despicable mudslinging operations be entitled to claim a victim status while victimizing others?  Jesus suffered through a blatant miscarriage of justice.  His accusers made him out to be a villain by fabricating evidence to defame his flawless character.  Yet, he kept his notorious peace.  He understood that his cause was lost in advance, as his accusers framed him.  He had become an inconvenience to them, as by not taking the bait of their taunting, he took the nasty wind out of their sails.

When subjected to their relentless gaslighting and bullying, he demonstrated the nobility and stability of his character, silently pouring out his broken heart to his heavenly Father, asking him to accompany him to his last breath and beyond.

Through his awe-inspiring behavior, Jesus turned the table around.  His detractors ran out of ammunition and had to acknowledge post-mortem his superhuman strength of character that contradicted all their senseless and demeaning allegations.

Jesus harbored a victor mentality.  What else would one expect from a savior?  He instilled hope and spread good cheers.  He never held private pity parties but felt sorry for the misguided souls that operated under devilish spells.  Nothing could deter him from his godlike attitude of love-in-action that included love’s byproducts of empathy and compassion.  It always moved his heart to do the right thing—never allowing the foreign substances of bitterness and resentment to trespass and defile it.”

This message is copyrighted, but you have my permission to share it through any medium as long as it is offered for free, is not altered, and the proper credit line is included. ©2021 Anyas Spencer 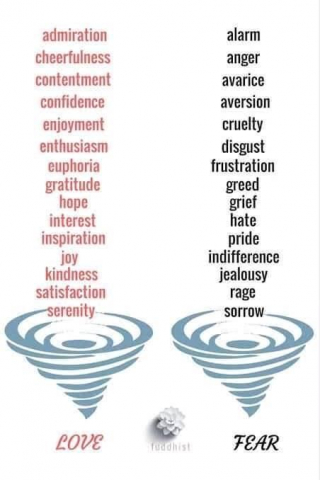