In social dynamics, the ‘threshold’ of ‘critical mass’ is reached when a sufficient number of individuals adopt a new idea, technology or innovation so that the rate of adoption becomes self-sustaining and creates further growth. This term is borrowed from nuclear physics where it refers to the amount of a substance needed to sustain a chain reaction—the smallest mass that can sustain a nuclear reaction at a constant level.

Thought Adjuster: “Along the upward curve of your spiritual evolution, you will cross many critical thresholds of cosmic insights. Each one will grant you access to the next level of psychic achievements.

Eventually, you will reach the critical mass that will eventuate our ‘nucleic’ fusion. The blending of our refined essences will give birth to a new existential being—a process similar to the conception process that occurs when a sperm fecundates a mature egg.

By definition, nuclear fusion is a reaction in which two or more atomic nuclei are combined to form one or more different atomic nuclei and subatomic particles (neutrons or protons).

Someday, your planet and its population will reach a long-awaited tipping point toward its predicted era of life and light. It will be inconspicuous at first, as it starts from ‘within’ before it can transpire in the outer world since it is the outcome of myriads of free-will decisions in favor of the collective welfare.

Have you reached your critical spiritual mass yet?  You will know when you do, as your focus will be on the light—excluding all darkness. It is a personal point of ‘no return,’ as no one of a sane mind would ever wish to relinquish their hard-earned spiritual stripes.

Jesus reached that point at an early age, thus becoming the catalyst for what will become a planetary-wide chain reaction toward the glorious status of light and life that is respectful of all life and fosters positive evolution through ‘enlightened’ decisions.” 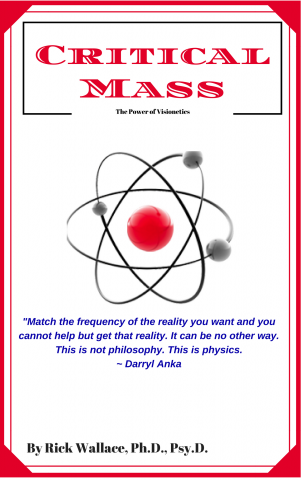