Thought Adjuster: “Truth, the most  precious of commodities, is often perceived as a great inconvenience.  Why is it so?  Because the self-righteous and prideful ego suffers a substantial blow when driven in a corner by a preponderance of the evidence.  It then reluctantly admits to an error in discernment.  Such an insecure ego feels cheated, as it squandered precious life force to implement an unsustainable credo.  The appropriate reaction should be a celebratory one, as the truth disclosure revealed as unsafe some of the supporting elements of your mental scaffolding.  It is then preconized to take emergency measures to replace them with higher-grade building materials, thus averting potential personal or public disaster.

It is undoubtedly disheartening for a sincere soul to admit that despite the best of intentions, it could have inadvertently caused terrible outcomes.  What happens after it recovers from its initial disappointment?  Is it humiliated by the undeniable truth disclosure, doing its best to save face?  Or does it welcome the revelation with a sentiment of grateful relief, happy to have cleared some misconceptions that were hampering its spiritual progress?

Jesus praised the liberating powers of truth, admonishing to dispense it tactfully and cautiously, rather than brazenly lording it over others and crushing their spirit.

Suppose you were diagnosed as suffering from a terminal disease, which put you in an emotional state of fear and anxiety.  It would be wise to solicit a second opinion from an independent party.  Additional tests may disprove the initial diagnosis.  Wouldn’t it be fantastic news—of the cork-popping type?

Any divulgation of truth is excellent news, as it is part of a much-needed personal and world-wide correction course.  As long as some souls remain allegiant to the usurped authority of lies and deceptions, the world will not be fully engaged on the right path.

The clarity of revealed truth should spur you to reinvest your life force wisely—a productive move, no matter how late in life it occurs.  What is fertilized by truth produces positive outcomes that drive you to your knees in heartfelt gratitude, letting out sighs of relief for having been saved by the truth bell—instead of fooled by what merely ‘rings' true.” 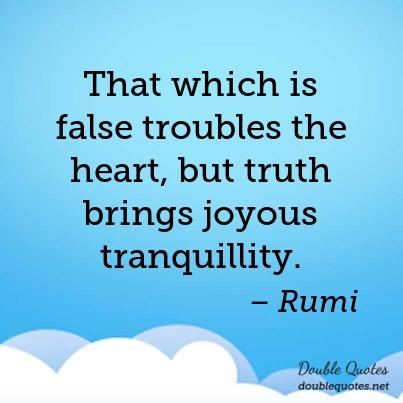