Thought Adjuster: “You are the result of a staggering amount of decisions, set into motion by the Original Divine Choice to universally disseminate Its Life Force.  Indeed, the First Choice was Pro-Life—fully and unequivocally.  It was not an impulsive ‘spur of the eternal moment’ decision.  It took place before setting a stage within the confines of time and space, and after weighing out all the potential case scenarios that It may entrain.  Neither was it random or accidental.  It was INTENTIONAL and RESPONSIBLE, which implies that the Chooser was willing and prepared to deal with both its immediate and eternal ripple effects.

“Just as in the incredibly complex strategic game of Chess, a player moves a pawn after mentally envisioning the long-term tactical consequences, the Divine First Move was made with unfathomable forethought.

“Actions should be ‘pre-meditated,’ as they are consequential.  Surely, as imperfect and immature creatures of time and space, not all your actions will end up as foreseen.  However, you will have to deal with their outcome—good or bad.

“As well, you cannot fix a wrong with another wrong.  You will forever and ever have free will choice—unless you ‘choose’ to cease to exist—the only terminal and irremediable option.

“Each decision takes you to new crossroads—giving you at times the option to retrace your steps after taking a wrong turn or presenting you with remedial alternatives.  You can also wisely abort any wrong thinking that would lead you to wrong-doing, as wrong-doing is NOT life-promoting or sustaining.

“Plan for the consequences of your decisions.  There should be no such thing as ‘unplanned decisional parenthood,’ as long as you remain in the driver seat of your decisions.  Should your free will prerogative be impinged upon, you will, hopefully, quickly regain control of your earthly vessel and steer it back on track, putting on one of the many life preservers lovingly and strategically positioned along your cosmic voyage.” 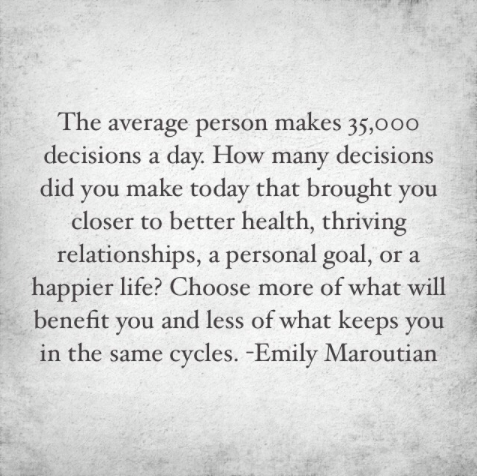