Thought Adjuster: “Jesus had biological parents. He was born as a babe of the realm and was no different from anyone of you. As you are called to do, He grew increasingly aware of His divinity by establishing a living connection with His Divine Indweller—the Inner Guide sent by the Father to assist Him in His mission of salvation.

“As well, thanks to His Love in Action, He facilitated the bestowal of individual Father Fragments to all those willing to be connected to Heaven in their hearts. You now benefit from the same Helper as Jesus did while on Earth. Can you fathom what it means?

“It means that you too have the key to eternal life right within you. Will you use it? Will you allow it to unlock the best in you?

“Do spend time meditating about this fantastic opportunity. It will allow you to shape your life in ways that will stimulate your Godlikeness. Jesus claimed to be the way. Indeed, He was blazing a new trail for all of you to follow. Are you holding on to His coattail? Or do you erroneously think that you can do better on your own, claiming your independence as Lucifer did eons ago?

“You are, and will forever be, a dependent of the First Source and Center—your indispensable Life Force Provider if it is all you allow Him to be. However, once you consciously engage in your spiritual path, you will come to realize your all-around co-dependency. Such a co-dependency, far from being disempowering, is empowering you as a co-creator! Such is your glorious destiny.” 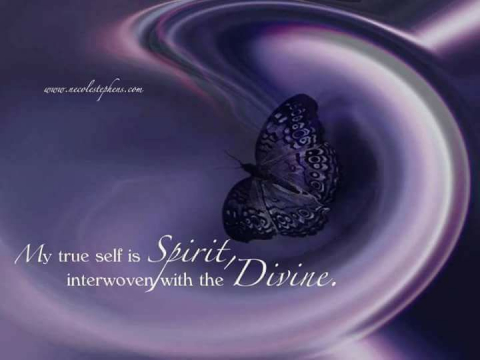