“Jesus portrayed conquest by sacrifice, the sacrifice of pride and selfishness. By showing mercy, he meant to portray spiritual deliverance from all grudges, grievances, anger, and the lust for selfish power and revenge.” [UB. 141:3.8]

Thought Adjuster: “The above statement about Jesus’ noble ways is groundbreaking—spiritually speaking. Many Christians misunderstand Jesus’ take on the notion of sacrifice. He most certainly disapproved of sacrificial animal bloodshed. From that, you can intuit that human bloodshed was even more repulsive to his sensitive soul.

The Father abhors cruelty—in all shapes and forms. The only offerings he encourages you to lay on his altar consist in your negative propensities—the invasive weeds that threaten to abort your magnificent spiritual emergence.

Pride and selfishness are two harmful self-centered impediments. They sever social ties and generate symptomatic grudges, grievances, anger, and lust for revenge on the part of those that such behavior offends by making them feel insignificant.

Jesus was the epitome of spiritual humility and selflessness—never hypocritical. He made all his decisions from that perspective, thus earning respect and admiration from his peers to whom he demonstrated a shortcut toward spiritual enlightenment.

As you till and condition the soil of your soul to prepare it for a bountiful harvest of the fruits of the spirit, remember that the first step is to overcome the nuisance of unbecoming pride and go beyond the restrictions imposed by self-interest.

Ask Me to make you aware of these detrimental tendencies as they arise so that you can bring them to their knees and inaugurate your era of light and life where you will thrive in humble service.  It is the critical element to your rebirth. Take it to heart, and you steer away from energy-draining drama.  The kingdom recruits spiritual aristocracy—a far cry from drama kings and queens who only stir up senseless conflicts.” 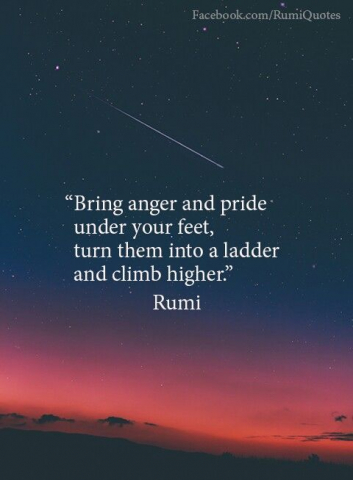