“God loves the sinner and hates the sin […] Sin is not a person. God loves the sinner because he is a personality reality (potentially eternal), while towards sin God strikes no personal attitude, for sin is not a spiritual reality; it is not personal; therefore does only the justice of God take cognizance of its existence. The love of God saves the sinner; the law of God destroys the sin.” [UB 2:6:8]

Thought Adjuster: “The above statement gives much food for thought.  In his Godlikeness, Jesus exemplified how the heavenly Father unconditionally loves the sinners without ever condoning their sins.   Salvation and divine justice are acts of love and mercy.

Salvation from what? From sin and dysfunction.  Therefore, the first step in that process is to help the sinners identify the nature of their sins to amend their ways and abide by the dictates of the Golden Rule—an injunction that is all about love.

God made you in his image.  It is the matrix of your being.  Sadly, the Lucifer Rebellion intentionally smeared the original blueprints, arguing that they were fakes based on the faulty premise that God did not exist.

Jesus, a divine Son, incarnated on Earth to stage a large-scale spiritual rescue operation. He lived as a sacrificial lamb among voracious packs of wolves—a sinless man among sinners.  He spoke about his Father in an innovative and inspiring fashion; he introduced the foreign concept of forgiveness to revengeful individuals.  His actions kept speaking for themselves after his words were silenced. Agonizing on the cross, his last deed was to forgive one more time—thus harvesting a few more souls for the Father.

What about you? Does forgiveness still elude you? Do you hold in contempt both the sinner and the sin?  Such merciless denunciations deliver brutal blows.  The Father never gives up on those who do not give up on themselves.  His faith in you should encourage you to get anointed by Spirit and live up to your God-given potentials instead of living down to the sorry reputation Lucifer gave his minions when he red-branded them as irredeemable sinners—the sign of the Beast.” 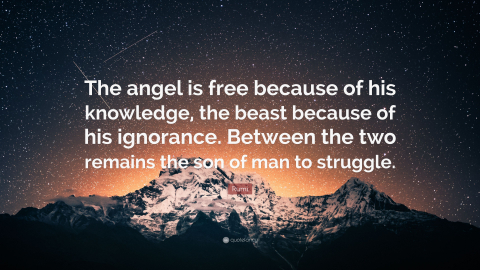