Jesus/Christ Michael: “Each day ‘can’ be a new beginning—acting as a clear demarcation line between the imperfect past and the promised perfection of the eternal future. Each day can be a transition, but it all depends on each individual.

“If you look at humankind as a whole body, it displays many ailments because it is conflicted within. It is as if its brain was misfiring, sending contradictive messages to its constituents—thus leading to a state of civil unrest.

“How can law and order be restored? Unbridled liberties bring about anarchy—not the delusional utopia for which they campaign. Your being is governed by a set of laws supporting the harmonious interaction of all its parts—a state of overall health.

“Health is also the absence of pain and suffering. How can your world be restored to a healthy state? Its citizens have to surrender their will to the Father’s Will—the Brain and Heart of Creation. By doing so, they learn to discern between self-serving decisions and altruistic ones.

“It is how I lived while on earth. How else could I have been the Spokesperson of My Heavenly Father? I acted as His Ambassador among men, and it is also what you are called to do. Become known as men and women of honor. It is how you will earn the respect of your peers and exert a positive influence on their lives—as I did.

“The Kingdom of God is not boisterous. It is composed of the meek—the humble souls who work anonymously through random acts of kindness, “extending their help to [their] fellows without the thought of rewards.” [UB 1452:03] Such individuals are taking the ‘-ish’ out of selfish, trading it for ‘-less’ and becoming so much more in that process. Indeed, less is more.” 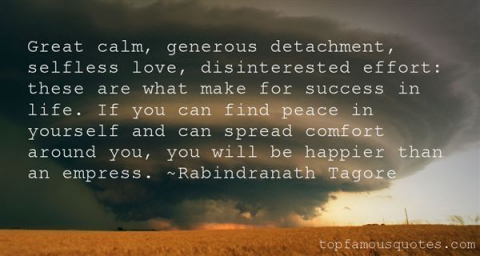