“Only a brave person is willing honestly to admit, and fearlessly to face, what a sincere and logical mind discovers.” [UB 160:1:7]

Thought Adjuster: “Because the entire cosmos is governed by the Law of Cause and Effect, it can eventually become understood ‘logically.’ Indeed, logic makes deductions based on chain reactions—the string of causes and effects. Due to its reliable convincing powers, it acts as the ‘strongest link’ to help you identify the flaws of some of your belief systems or opinions.

“It does require courage to alter one’s way of thinking. It may seem that the entire scaffolding upon which you built your reality is crumbling down when you identify a misfit in the thought-forms that led you to reach a particular conclusion. You may feel distressed for a moment, as it may come as a sting to your ego.

“However, such a feeling should be soon replaced with a surge of gratitude. Isn’t it a blessing to have been made aware that you were heading in the wrong direction? If you are sincerely looking for truth, it should be easy for you to welcome new revelations that cast away the grey areas of your thinking and provide it with stepping stones toward growing enlightenment.

“Those who refuse to humbly bow down to new truth disclosures, are held back by their pride and would rather kill the messenger than altering their non-logical world views. Their fear of change becomes a serious handicap in their personal evolution, as well as the overall planetary evolution.

“Because the truth is factual, it has a built-in power of persuasion. On the other hand, untruth requires elaborate advocacy to fool the logic mind. It is the reason why you should not take anything at face value, as you run the risk to absorb dangerous train of thoughts. By thinking independently, you can progress, as you are brave enough to scrutinize all the formative elements of your opinions for their validity.” 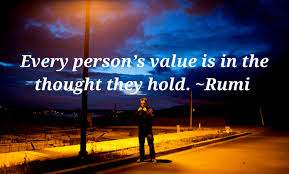