By the end of [his 16th year, Jesus] had just about made up his mind that he would, after rearing his family and seeing them married, enter publicly upon his work as a teacher of truth and as a revealer of the heavenly Father to the world.” [UB 127:1:7]

Teacher Uteah: “Jesus knew at an early age that His calling was to be a Teacher of Truth.  What an ambitious task it was!  Yet, the Son of God incarnated as the Son of Man, was most qualified to carry out such a glorious assignment.  As a Teacher of Truth, He set out to reveal to the world the mysterious nature of the Heavenly Father—an unprecedented revelation.  Simultaneously, He 'truthfully' exemplified to God the do-ability for a human creature to become to His Image, yielding the many fruits of Spirit.

“The urgency to broaden the expression of truth was that it exerts a soul-liberating influence while simultaneously finding a profound intellectual and emotional resonance in those to whom it is meted out.

“Jesus’ Mission Statement was to ‘liberate the spiritual captives,’—a challenging task when the ‘captives’ are oblivious of their captivity—the restrictions imposed upon them by self-appointed ‘know-better’ and self-proclaimed ‘know-it-all.’

“Jesus DID know best.  His human incarnation aimed at elaborating on the part of the Divine Great Plan that pertained to humankind.  Instead of being a mere observer of what makes human beings tick, He explored the human condition from within—by being one of them.  He was thus able to exemplify the optimal way of human life—something that had never been done.  His words were weighty, as His lifestyle validated them.

“He spoke the truth, taught the truth, and LIVED by it.  He could rightfully say:  "I AM the Truth."  It is the reason why His humble sojourn in the flesh was so impactful on this world and beyond.  You, too, can emulate such a noble demeanor.  You, too, can become truth revelators when you successfully express the truth of your unique divine facet.  Go through your days harboring such a noble intention in your heart—as Jesus did.” 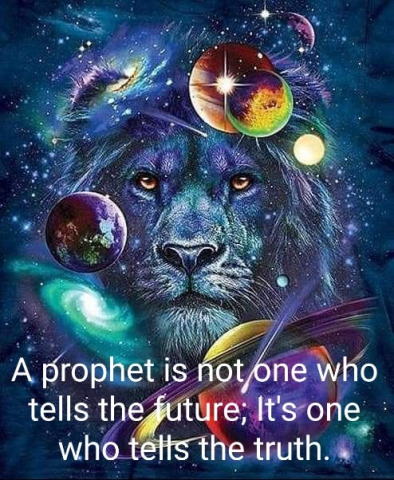