My hands are in position on the keyboard – motionless.

The first thought flashes and sets things in motion like the starting gun of a race.

My fingers start moving around the keyboard, little players in a league of their own.

Once in a while, one of them stumbles and generates a typo.

All activity subsides, and its teammates rush to its rescue to mitigate the faux pas.

I can almost hear their sigh of relief.

Like ice skaters, they start rushing again all over the playfield, in a dexterous choreography.

Time for my mind to step up its game,

Distracted as it is by what unf9lds on the keyboard.

Time f0r it to put on its coaching cap to direct the team practice.

In which style and fonts should the script be delivered?

Will the little fingers behave and take down my mental input?

Or are they going to go AWOL, distracting me anew?

I keep them crossed, hoping for the best.

I trust they can excel in typing inspired messages, pregnant with meanings.

After delivering a pep talk to my little helpers, I put my mind into gear

Asking it to serve as a portal for higher input

And to bedazzle me with its boundless creativity.

First, the little fingers take down the dictation of a lovely song,

Heartfelt and filled with beautiful lyrics and expressions.

Next, they move on to poetry.

Their teamwork yields good results.  They get an A for their efforts.

Which other drills should they practice?

They stand by with bated breath,

Eager to jump back into action at the next command of my mind. 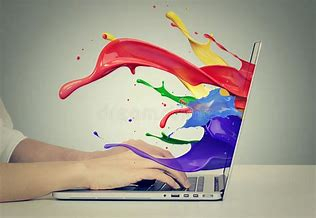