The Bottle or Its Resident Genie?

Which are you:  the diaphanous bottle

Or the claustrophobic Genie cooped-up within,

Unable to release his untapped superpower

He manages to pop the airtight cork?

I’ve got news for you.

Your glassy flask is heading toward the recycling bin

As it is composed of countless sandy beads

Harvested on the ephemeral beaches of time.

One thing is for sure:

You have not been so painstakingly handcrafted

To serve as the decanter of a forgettable low-end table wine!

A graft is all it takes to upgrade your vintage

Provided you are willing to relocate to higher grounds

Blessed with the rich terroir and sunny exposure

That expertly foster your coming into your own

Under the patient and ever-watchful eye of Eternity.

Indeed, your spirit gets shaped in the vessel

From which it first glimpsed at the light of day

But you—and only you, have a say in the appeal of its bouquet.

Fit only to be paired with nondescript cafeteria foods?

Or would you rather sport the name of an Appellation Grand Cru,

Biding your time in the darkness of a climate-controlled cellar

Until you are convoked to grace with your delectable presence

The joyful festivities planned for your homecoming?

The time will come to pull the plug of your earthly incarnation.

After breaking free from his lifelong lockup,

The Genie will fill his lungs to the fullest

Before letting out a deep sigh of relief

As he rubs the numbness out of his achy joints.

He will then prompt your set-free spirit

To tag along on its maiden voyage

Provided it grew some magnificent wings

And is not severely weighed down

By the lead-like pull of its worst nightmares.

Rather than soaring toward worlds of unspeakable glory

After being carefully transferred into a crystal chalice,

Your spirit will be gently swirled around to release its aroma.

Its robe will be scrutinized as to its vibrancy,

Before the Glorified Connoisseurs slowly inhale its perfume.

Encrypting them on an official document

That proudly states the name of your natal domain,

As well as the harvest year of your sun-kissed grapes. 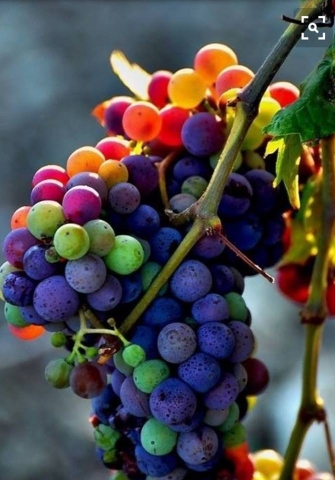