Thought Adjuster: “Tuesday, June 6, 1944, was the momentous day when the allied forces landed on the French beaches of Normandy in operation Overlord to liberate France from the German occupation.  It went down as ‘D-Day’ and was the most massive seaborne operation in history—a turning point in World War II.

“The dismal state of affairs on your world prompts many of you to appeal to the Father for Divine Intervention.  Just as Operation Freedom was orchestrated in secrecy, the Allied Forces of Light are following a strategic plan of action.  It aims to free your planet from the adverse effects of the iniquitous coup staged eons ago by the Luciferian forces.

“Enough is enough!  The lengthy grace period granted by the Father in His Mercy is coming to an end.  It provided plenty of opportunities for the wayward creatures to repent and return to the divine fold after experiencing heart-opening conversion experiences.

“It is now the advent of the Correcting Time.  A staggering number of celestial Beings of Light have volunteered to land on the planetary shores and support the Infantry of Light Workers--the feet on the ground.

“A symbolic parting of the waters is now taking place.  Each one is called to take a side in this operation of great magnitude.  Will you join the Forces of Light—the movers and shakers of the New Era?  Your very own D-Day dawns the moment when you full-heartedly acknowledge the error of your ways and sever all ties with the dark ages of your soul.  By dying to your old ways, you are spiritually reborn.

“Eventually, a planetary tipping point will be reached—a point of no return where all darkness will be consumed by the Light—within and around you.” 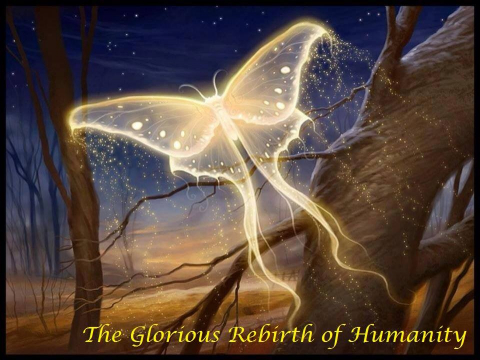