Thought Adjuster: “God is an infinite existential being who dwells in the circle of eternity. “To [Him], there is no past, present, or future; all time is present at any given moment. He is the great and only I AM.” [UB, 2:1.5] He made the free-will decision to become experiential through His creative endeavors by eventuating the multi-dimensional canvas of time and space—the evolutionary playground.

“When finally actualized, this evolutionary Deity [the Supreme Being] will constitute the eternal fusion of the finite and the infinite—the everlasting and indissoluble union of experiential power and spirit personality.” [UB, 0:7.9]

To fully get to know Himself, He constantly eventuates myriads of creatures. Some reflect right away His flawless attributes, while others are masterworks in progress, evolving toward their soul maturity to eventually become godlike when the human personality and its indwelling divine Fragment gloriously fuse into oneness. As above, so below.

“Eternal fusion of the Adjuster with the evolutionary soul of man is the factual experience of eternal union with God as a universe associate of Deity.” [UB, 107:0.4]

Because you have not—as yet—crossed that bridge, it is difficult for you to grasp the magnificent scope of your beingness. Once you make your initial move Godward by an act of free will, you will position yourself at the starting gate of your spiritual ascension.

Given your inalienable and divinely-imparted right to self-governance, you can understand while any divine intervention has to occur ‘yours willing.’ Jesus, a divine Son, voluntarily incarnated on Planet Earth. As a man among men, he played by the same rules.  The divine outreach that took place in him and through him was neither intrusive nor coercive. A similar open-ended offer is yours for the take." 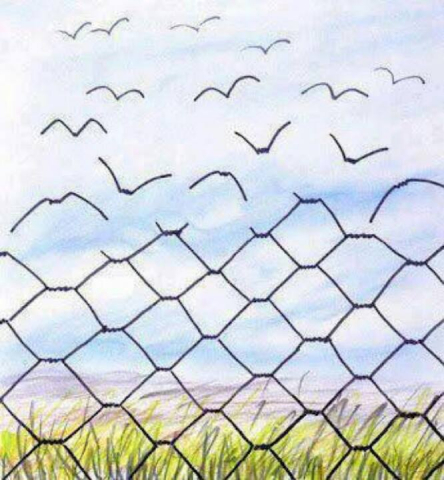