“Jesus was a comforting consolation to the world and somewhat of an example; John [the Baptist] was hardly a comfort or an example.  He preached the kingdom of heaven but hardly entered into the happiness thereof.”  [UB 136:0:1]

Thought Adjuster: “There was a stark contrast between Jesus’ good-natured behavior coupled with his message of good tidings, and the theatrical and blunt style of John’s anxiety-provoking admonition: “Repent! Flee from the wrath to come.”

Both men divine mouthpieces—each one delivering their urgent message with a personal touch. In John’s case, it was tainted by the still primitive concept he held of his Maker—one to be dreaded in his almightiness.  In Jesus ‘case, it was illuminated by first-hand and intimate encounters with the benevolent Father in the safety of his comforting inner-sanctum.

John’s prophetic harangues acted as deterrents—more akin to subtle emotional blackmail.  In contrast, Jesus extended a good-hearted, open-ended invitation for all to roll up their sleeves and assist him in laying strong foundations for the emerging spiritual rulership—an equal opportunity platform promoting the exercise of universal and unalienable human rights bestowed from On High.

Because of unique personality endowments and varying levels of understanding, individuals convey partially subjective information.  John’s intimation was very much old-testament while Jesus’ tidings were ‘glad’—their optimistic nature was an appropriate prelude for the emergence of a golden spiritual age.

What about you?  How do you approach your fellowmen?  Judgmentally or compassionately?  As likely foes or potential friends? Jesus sported the second attitude, thus validating the claims he made that he had come for the sinners—to show them how to disentangle themselves of dire spiritual predicaments. He role-modeled the ways of personal salvation and self-realization—a convincing silent message of hope in and by itself.

He showed the way, while John pointed to the way-shower.  At Jesus, baptism in in the Jordan River, both entered a new phase:  John handed over to Jesus the public ministry baton.

The more you ponder Jesus’ godly ways of living and ministering, the better you will emulate them and become in-good-standing citizens of the kingdom of the Heart.” 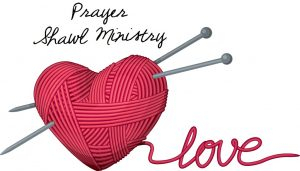