Thought Adjuster: “It requires much sensibility and diplomacy to help anyone alter a fixed point of view. Quite often, that person’s ego stands in the way, afraid to lose face in that process. It has always been a considerable stumbling block in the revelation of truth.

In His one-to-one ministry, Jesus’s approach to helping others discard the erroneous elements of their belief system was not a frontal but a lateral one.  “Never once did he attack their errors or even mention the flaws in their teachings. In each case he would select the truth in what they taught and then proceed to embellish and illuminate this truth in their minds that in a very short time this enhancement of the truth effectively crowded out the associated error; [...]” [UB 132:0:4]

Jesus was an intuitive teacher who intelligently adapted His teachings to the needs-to-know of his interlocutors, thus teaching at multiple levels—through His enlightening words and shining example. While doing so, He also imparted the fundamentals of teaching, as another one of His objectives was to form many itinerary teachers.

Those among you who relish in the frontal approach immediately put their interlocutors on high alert. They trespass in their personal space, causing an immediate shutdown of their mental receptivity mixed with resentment and hostility.

On the other hand, by taking the time to get to know your interlocutors, you demonstrate genuine respect and acceptance, thus prepping their minds to host enlightening thought seeds. A seemingly insignificant remark can go a long way when it rings your inner bell of truth at the most unexpected moment. Your alerted mind gets then involved in processing the truth content, which takes it on thrilling new trains of thought that broaden the thinker's mental horizons and have a positive impact on his way of life.

Such perfectly-timed epiphanies give way to irrepressible surges of gratitude. Once they hit the mark of your heart, you sigh in relief, gratefully acknowledging them for the precious gifts they are—no longer viewing them as humiliating let-downs.

The planetary Correcting Time is all about full disclosure. Only by setting all records straight can the decision-making process be facilitated. Can you envision a world where all publicized data has passed rigorous and unbiased fact checks? What a forward leap it would be toward the Age of Light and Life!

Refrain from drawing hasty conclusions based on incomplete narratives that mostly amount to shameless emotional manipulation. Hone your discernment skills to clean up your database. By sincerely searching for the truth, you will be led to it as you have been equipped from On High with a reliable inner truth detector--a finely-tuned device that homes onto the bright emissions of truth.” 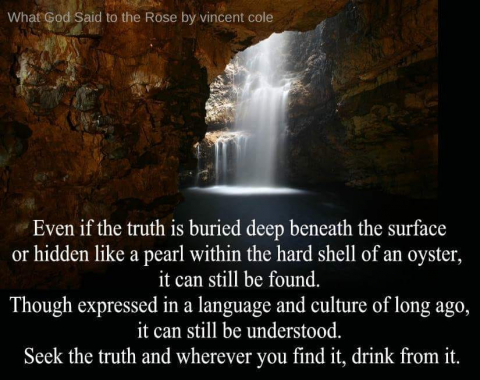