“Thus does the Lucifer manifesto, masquerading in the habiliments of liberty, stand forth in the clear light of reason as a monumental threat to consummate the theft of personal liberty […].” [UB 54:2:3]

Thought Adjuster: “Your personal life will shift in Light and Life once truth becomes your guiding light. Truth is the divine pattern, according to which all realities have been conceived and manifested.

It is the optimal operating system for All-That-Is—within and without. The Luciferian agenda adversely impacted your planet by stirring chaos and mental confusion through the propagation of cleverly crafted lies to cast shadows of doubt where truth should have reigned supreme. Lucifer challenged the Supreme Authority, brazenly instituting the pseudo-religion of atheism. Only the restored supremacy of truth can propel your world into an era of Light and Life.

How can an endeavor of such magnitude be accomplished? You have a say in it, as you, too, are influential. The disclosure of truth is an inside job. Logically, it requires honesty and sincerity on your part—two of its fundamental attributes. As well, it is an act of bravery to question the good standing of your opinions. The validation of truth has to start with a question mark.

Part of your life trajectory has much to do with the gradual unveiling of your authentic self. How many false ideas do you entertain about your persona? Are you over- or under-confident? Both inclinations reveal a disequilibrium—a faulty perception of what you are all about. And this is just an example.

Listen to your self-talk.  It will speak volumes—of fiction or non-fiction? Ditch the faulty mental scripts that fail to capture the light of your being. You are a one-of-a-kind, highly sophisticated musical instrument in need of a thorough tuning. The false notes you let out are unpleasant and require hours of extra practice. Their mastery will earn you a standing ovation and the honor to play your telltale tune in the ever-expanding cosmic philharmonics.

Proceed carefully in your self-discovery to assure the integrity of your database. It will lead you to eventuate your latent potentials. It is how you will become the authentic YOU—someone who thinks, feels, and acts truthfully. Such a life of integrity will have an enduring positive impact—as demonstrated by Jesus, whose Spirit of Truth still gives of Itself to set all the records straight.” 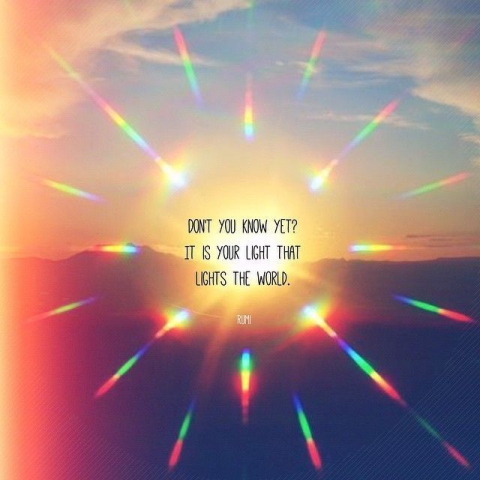