“The true teacher maintains his intellectual integrity by ever remaining a learner.”  [UB 130:3:7]

Thought Adjuster: “How could anyone hope to get a feel for infinity?

The Father, an infinite and forever creative being, is and will forever remain shrouded in his mystery. However, to mitigate this factor, he engages in self-revelation and bestows a unique blend of his relatable attributes to his beloved creatures. Along the unbroken course of evolution, many of his offspring succeed in harvesting more knowledge through their gateway of predilection—science, mathematics, philosophy, arts, and more.

Eternity will present you with endless opportunities to get to know your maker better, both objectively and subjectively—through the advanced educational systems of the universes, as well as through intimate communion at the soul level.

The complex interworking of the multiple levels of cosmic realities is incrementally revealed to the sincere seekers, based on what makes them tick. Going after their identified passions is highly motivational. The lucky ones find ways to incorporate their God-given talents and likes in how they make a living.

The goal of a student is to become an expert in the field of his studies. Eventually, after assimilating the ‘knowns,’ he will tackle the ‘still-unknowns,’ thus adding to the collective database and earning credentials as a teacher—someone who has something to offer to those engaged on a similar quest.

Jesus was an eager student of life. Born as a babe of the realm, his alert mind, motivated by a burning desire to understand those he came to save from the constraints of ignorance, diligently conducted independent research. He explored the established belief systems, uncovering their flaws and challenging any erroneous credo.

Never did he become imbued of himself, which would have been a tragic turn-off for his audience. Instead, he humbly role-modeled what made him a better human being, thus providing his spiritual children with practical tips. He had a hands-on approach to familiarize himself with the colorful diversity of humankind. He spent many hours in face-to-face and heart-to-heart dialogues, thus becoming an expert in human psychology and sociology. The self-motivated student of life quickly became the unpretentious teacher of right living.” 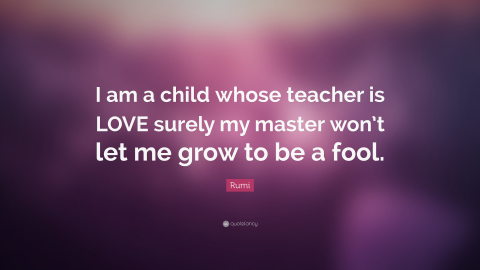