“Self is man’s invincible foe, and self is manifested as man’s four greatest passions:  anger, pride, deceit, and greed.  Man’s greatest victory is the conquest of himself.”  [UB 131:6:2]

Thought Adjuster: “The above statement originates from the Jainism belief system from India. The word ‘invincible’ caused you to pause, as imperfections are not necessarily ‘terminal.’ It would go against the tenants of personal growth that are undying hope, unwavering faith, individual efforts, and perseverance.

It is also where I come in: “The indwelling of the Mystery Monitor constitutes the inception and insures the possibility of the potential of growth and survival of the immortal soul.” [UB 5:5:13]

Bouts of anger, the display of superiority complexes, the bending of truth for personal gain, and the lures of material gratifications seem to be common currency in your world. Much of these unbecoming traits are hand-me-downs from the Lucifer rebellion, seeded in your DNA to alter it and cause you to neglect the shining potentials of your Higher Self.

How then do you subjugate such personal foes? By nurturing the virtues of patience and forgiveness, humility, honesty, and generosity exemplified by the human Jesus while on Earth.

Instead of being fooled by the poker faces of temptations, Jesus nipped them in the bud by calling their bluff. He understood very early in life that anger, pride, deceit, and greed were major obstacles in developing a healthy soul.

He devised wise countermeasures to prevent them from taking a parasitical hold on His soul. By taking frequent time-outs, He kept at bay the wildfires of anger, generated through emotional frictions. He forwarded all praise to His Maker, never becoming imbued of His person; He abhorred deceit and the spiritual retardation it causes. He obtained accurate insights through His unwavering quest for truth. He worked to meet His material needs without falling prey to the fallacies of spiritually dead-ended materialism.

He spent time in prayer and worship to meet the needs of His growing soul. “Genuine prayer adds to spiritual growth, modifies attitudes, and yields that satisfaction which comes from communion with divinity. It is a spontaneous outburst of God-consciousness”. [UB 91 :8 :10]

Do not quit prematurely. You have all that it takes to subjugate one by one your negative propensities. It is how you will fulfill your destiny of becoming superhuman—God-like.  The sooner, the better, don’t you agree?” 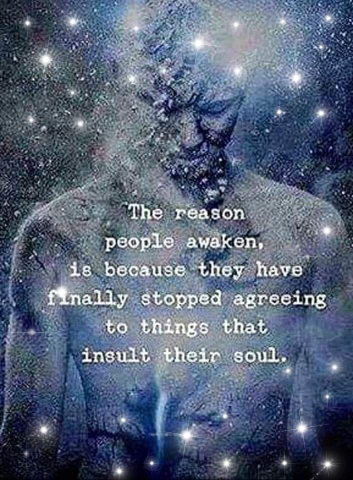