“Judas was now passing through the experience of the realization of the true nature of sin.  All the glamor, fascination, and intoxication of wrongdoing had vanished… Sin was bewitching and adventurous in the committing, but now must the harvest of the naked and unromantic facts be faced.”  [UB 186:1]

Teacher Uteah: “As you read the above description of the hard-to-resist lures of sinful behavior and their sobering effect, you wonder why it is so hard for humans to steer away from these painful experiences.

“Sin provides a short-lived satisfaction to its perpetrator. Just as an addict has to feed his addiction to feel good momentarily, sin exerts a hold on its preys. Be it the attraction to wealth, power, or sensual gratification, enough is never enough for those who yield to their addictive spells and they become helpless in reforming their dead-ended lifestyle.  They fluctuate between the fleeting highs of sinful behaviors and their hit-the-rock-bottom outworking.

“Due to its artificiality, sin cannot lead to happiness. It does not keep its campaign promises and may eventually drive the sinner to its knees, begging for mercy and forgiveness.

“Judas could not handle the shame and despair he felt once he realized the magnitude of his betrayal. He could not live with himself and committed suicide. Many try in vain to cover-up their sins by posturing brazen behaviors—as Lucifer did. However, they feel a tremendous internal unease because sin clashes with the pure longings of their higher self.

“Sin cannot bestow vibrancy on the sinner. It is both an upper and a downer that stands in the way of inner peace and harmony. Rather than running headfirst in inappropriate situations, stop and ponder their potential consequences. Like a chess-player anticipating the long-term outcome of his moves, ponder whether or not you can live with the consequences of your ‘unwise’ impulses. It will act as an emergency brake.” 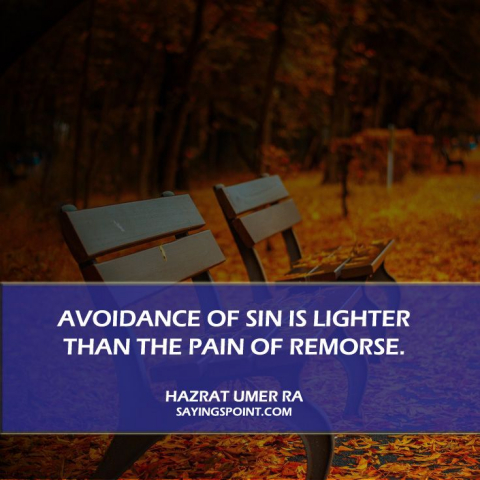