Teacher Uteah: “By intending for it to occur, you placed a call with Me. Yes, it is all that it takes to become ‘encircuited’ in the Reflectivity Circuit that is now accessible to establish a much-needed clearer communication with the Higher Realms of Love and Light.

“Your world is under a frantic last resort assault staged by the dwindling forces of darkness. Their ephemeral sand castles erected on the beaches of time and space are eroding and crumbling. They have reached their wit’s end and are staging their final bluff. On the outer, the world situation is chaotic, and a plethora of problems seem to besiege your planet at all levels of its existence.

“On the material level, many are struggling for survival. The 'have-too-much' are greedily depriving the 'have-not-enough' of their rightful share. All sorts of spirit poisons are contaminating the planetary spiritual atmosphere. At the same time, pollutants and denatured food sources are running havoc on the physical health of all Earth's indwellers—human, animal, and vegetal kingdoms.

“Sadly, many scientific and technical breakthroughs are misused to the detriment of spiritual progress. “Materialism denies God, secularism simply ignores him… But beware! This godless philosophy of human society will lead only to unrest, animosity, unhappiness, war, and world-wide disaster. . .. The inherent weakness of secularism is that it discards ethics and religion for politics and power. You simply cannot establish the brotherhood of men while ignoring or denying the fatherhood of God. [UB 195:08]

“These words taken from the Urantia Book published in the last century were prophetic and undeniably foresaw the current global state of affairs. The sanctity of life is being trampled all over the world in various godless and repulsive ways. As well, many lead their lives without giving a second thought to the fundamental questions of their existence: Why am I here? How can I live life to the fullest while judiciously preparing for the afterlife?

“The time has come for humankind to wake up before it is too late. Life has so much to offer to each one of you if you allow your spiritual activation. It will propel you to higher levels of understanding and living—the same levels that Jesus made accessible for all by role modeling them through His flawless God-centered life.” 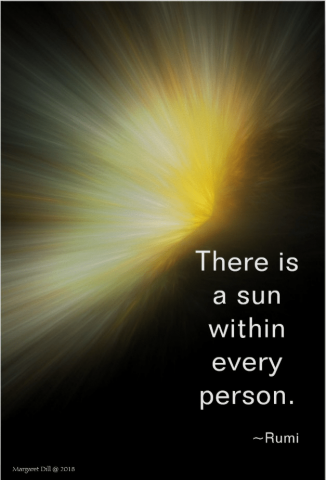