“And he [John the Baptist] fairly vibrated with the mounting impulse to go forth and proclaim to all men: “Repent!  Get right with God!  Get ready for the end; prepare yourselves for the appearance of the new and eternal order of earth affairs, the kingdom of heaven.””  [UB 135:3:4]

Thought Adjuster: “The apocalyptic concept of the end of the world became a stress factor for many souls—a sword of Damocles hanging over their heads.

The way John the Baptist admonished repentance could be viewed as a sort of divine blackmail.  ‘Repent, or else…’  Heartfelt repentance is a natural cleansing process that God-loving individuals need to facilitate to make their inner sanctum fit to house divine royalty:  your Thought Adjuster, who, with your heartfelt permission and loyal collaboration, will be elevated over time to become the trusted ruler of your inner life—your Thought Controller—certainly not in a dictatorial pejorative sense.

“First think of God as a creator, then as a controller, and lastly as an infinite upholder.” [UB 1:0:1] This immutable process applies to the entire creation—you included.  Just as the Father controls the smooth running of his material universes, he would like to positively influence your thought life to bring your free-will activities in alignment with his Great Plan.

The end of the world is the end of an era of spiritual darkness and ignorance.  It is a lengthy transition period, initiated by Jesus over 2000 years ago.  Instead of wondering why the divine world order is so long in the making, ask yourself whether you have undergone the inner shift that takes you from spiritual darkness to spiritual enlightenment?

The new world order is inaugurated one soul at a time when it commits to abide by the Golden Rule.  Logically, if God is to be enthroned as the head of the new world order, his subjects agree to live by his promulgated rule of altruistic conduct.

The spiritual kingdom of Heaven preconized by Jesus is heralded by a shift in men's heart—a change in their operative modes.  The battle call of the old world is ‘everyone for themselves,’ while the rallying cry of the emerging divine world order is the upbeat, ‘one for all and all for one.’

Such a shift in attitude is highly transformational, as demonstrated by Jesus, who lived for the benefit of all. What was missing at the time was the second requisite in the process of manifestation: ‘All for one.’  Only a few good men stood by the Son of Man, rightfully recognizing him as the forerunner who blazed a trail for humankind to follow, thus earning the coveted status of divine sonship.  Jesus set a celebratory precedent by flying at full mast the divine colors in his inner sanctum—thus turning it into a legitimate embassy of love and light.” 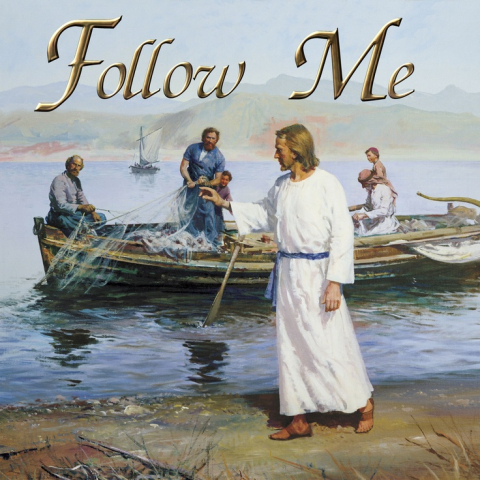