“Hatred, fanaticism, and unscrupulous exaggeration so characterized the words of these perjurers that their testimony fell into its own entanglement.” [UB 184:3]

Teacher Uteah: “The above description relates to the unfair trial of Jesus. His fate was decided before His trial, and no due process was rendered, as the Sanhedrin, for lack of proof, solicited the testimonies of false witnesses. Due to their faulty nature, these testimonies were conflicting and would not have withstood Jesus’ cross-examination had He chosen to intervene in His defense.

“The Sanhedrin who sat in judgment at this rushed trial was in no way objective. Its members were motivated by selfish agendas to preserve their authority and revenues. They acted as harsh and ruthless prosecutors—not as the wards of the law.

“Hatred, fanaticism, and unscrupulous exaggeration would also keenly describe the current state of affairs in your news media and some of your courts of law. Beware of these biased points of views that, in blatant disregard of fairness, manufacture lies to promote their evil objectives.

“Do not get emotionally sucked into such iniquitous agendas, becoming accomplices by association. On which side would you have stood if you had partaken to Jesus’ trial? As a member of His peers, would you have returned a guilty verdict or would you have taken your sacred oath to heart and spent all necessary time to get to the bottom of things to vindicate the unadulterated truth?

“There are lessons contained in the past—be it its failures or victories. Do not repeat what has been proven to be suicidal. Preserve your integrity at all costs.” 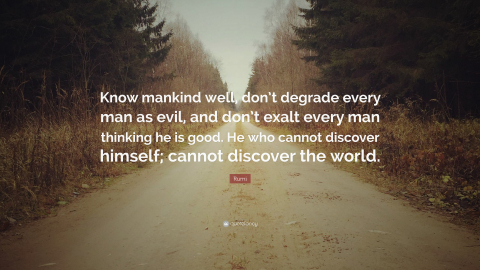