Thought Adjuster: “After spending nine gestational months in the motherly womb's dark water world, the baby works its way to the light of day through the birth canal to emerge into a brand-new existential plane.  Once its umbilical cord has been severed, the parasitical mode of its livelihood comes to an end.  Its physical sensors get activated as the agents of its orientation in this 3-D colorful dimension.

You started from scratch, entirely dependent on your caretakers until you acquired sufficient knowledge and skills to claim your independence safely.  Experiential learning is the game-changer—a stepping stone toward the acquirement of practical ‘navigational’ wisdom.  Infants have to get familiarized with their mysterious selfhood and their natal 'petri dish.’ Their initial lack of knowledge is not a terminal condition.

Why did the Father select such a convoluted course to be part of the human condition?  Why does He present you with so many riddles to solve?

It is because the sharpening of your mental skills is a highly educational and profoundly enriching process, as you proactively override your ignorance with useful knowledge, wizening up through that trying evolutionary process of learning by hit and miss.

In His earthly incarnation, Jesus fairly played by all the rules of the human condition, thus demonstrating how to overcome its initial birth handicaps and make headway toward actualizing all the blessings that life holds in store for you.  They culminate in your Self-realization.  The full integration of your Significant Other—your Higher Self—takes you to the next phase of your divinely-ordained spiritual metamorphosis.

Life is an ongoing educational field trip.  It is how the Father planned it, as His Infinite Knowledge can only be meted out incrementally to feed your mind to its current capacity and according to its appetite.

Do you have a healthy appetite for knowledge, sinking your teeth into any tasty morsels while humbly sporting an I-know-so-little candid attitude?  It should be a no-brainer to figure out which is the best approach to a successful life experience.” 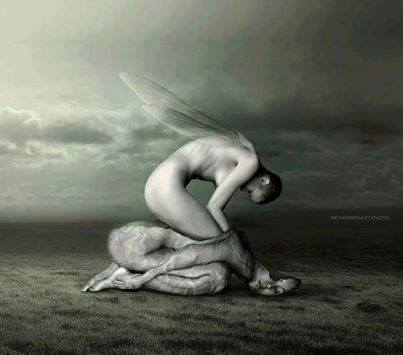