“Spiritual living mightily increases true self-respect. But self-respect is not self-admiration. Self-respect is always co-ordinate with the love and service of one’s fellows. It is not possible to respect yourself more than you love your neighbor; the one is the measure of the capacity for the other.” [UB, 156:5.14]

Thought Adjuster: “Let us ponder the weighty content of this statement and the correlation between all its components. Spiritual living mightily increases self-respect because it pertains to your God-given marching orders—not those dictated by your animal urges and the pleasures of the flesh.

Once you prioritize the pleasures of your spiritual nature, the random way you previously played or squandered the deck of cards handed to you at birth shifts into the focused approach of the pros—the true veterans of life. At a young age, Jesus spent much time on the inner, reflecting on the ins and outs of his spiritual nature and acting on the best-informed prompts of his divine Indweller. Jesus’ life withstands all scrutiny, as he was truthful to himself and others. It is how his spirit earned its promotion to the Spirit of Truth.

Jesus had no ground for self-disrespect because he operated as a harmonious being. Lack of self-respect is the outcome of the internal conflicts that plague you when you are not living according to what should be your governing values. You sacrifice the collective well-being for self-gratification, doing your best to repress the guilt that bubbles up.

Interestingly, many low-achievers draw great pride from scant past acts of bravery. Their self-absorbed reminiscence places them on a pedestal of self-admiration. Nevertheless, they fail to grow in self-respect, as, given their current state of spiritual complacency, they feel deep down like con artists.

It will never be too late for a conversion experience. Own up to your spiritual nature and prioritize it as a decisional criterion. It will dispel any inner conflict and reward you with lasting peace of heart and mind. You will be able to live with yourself and worship The One who vested you with such potential for stellar achievements of self-realization and cosmic-wide, selfless contributions. You will have earned his trust and respect.” 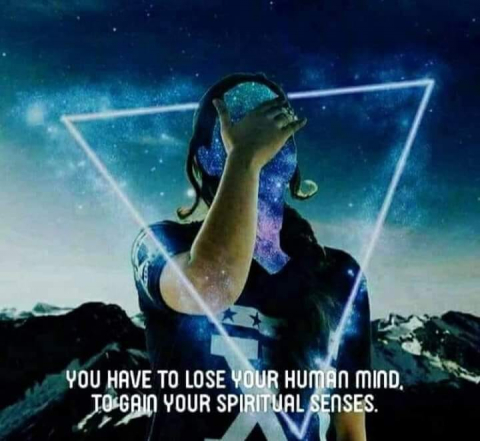