Thought Adjuster: “By its incontestable nature, truth does not lend itself to interpretations. Yet, the tumultuous course of history makes you wonder why it gets so often compromised by well-meaning souls. The ideological schism between Paul and Abner—two devoted followers of Jesus—was such an unfortunate development.

Generation after generation, the human species has a hard time dumping preconceptions fueled by biased wishful thinking.  Driven by immature ego, they forcibly insert some misfits in their life puzzle—pieces dear to their heart or pride that distort reality and set regrettable outcomes in motion.

It is hard for anyone to admit that the frame of their belief system lies on shaky grounds.  Solid scaffoldings require the application of mathematical and other proven formulas to prevent costly collapses, as their mission statement is to support masterworks in the making—not to jeopardize their emergence.  Wise architects enlist the midwifery services of engineers to birth their pre-meditated brainchildren safely.

Conduct your due diligence when making weighty decisions. Time spent in preparations uncovers crucial data that may alter the way you tackle your objective.

Truth comes as a disappointment only to the opinionated ones who hold on at all costs to preconceived ideas. It is a celebratory occasion and an asset for the receptive minds who join forces with its innate manifestation powers.  Do not posture yourself as a presumptuous know-it-all. Instead, by tapping into the Omni-knowingness of The Only One who can make good on such claims, you will tremendously gain in knowledge and wisdom.” 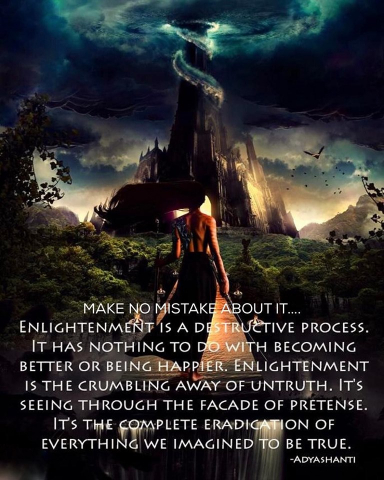