“Thirty prejudiced and tradition-blinded false judges, with their false witnesses, are presuming to sit in judgment on the righteous Creator of a universe.  And these impassioned accusers are exasperated by the majestic silence and superb bearing of this God-man.  His silence is terrible to endure; his speech is fearlessly defiant.  He is unmoved by their threats and undaunted by their assaults. [UB 184:3]

Teacher Uteah: “Iniquity will never be comfortable in the presence of righteousness. Such is the supreme authority of absolute values over their total disregard. The so-called trial of Jesus was a travesty of justice. The corrupted judges’ bias against Jesus led them to render a guilty verdict before any semblance of due process.

“Little did they know that they were the ones sitting in judgment.  Jesus' majestic presence and eloquent silence greatly disconcerted them. They slapped Him in the face, spit on Him, treated Him with abject irreverence without getting a rise out of Him. Jesus remained in full Self-control.  His contrasting peaceful and kind demeanor acted like a magnifying mirror, making exposing the lack of self-restraint of His tormentors.

“How would you react under similar circumstances? Would you let the teasing and bullying of malevolent individuals rob you of your peace and self-control, thus officially partaking in the hostilities? Or would you remain steadfast in your righteousness, depriving your enemies of the satisfaction of making you stoop to their level?

“Life continually tests your level of self-mastery. When you remain in self-control, you are the one controlling the situation. As Jesus did, you favorably impress your tormentors in spite of their reluctance to admit it. Do strive to remain grounded in the absolute values that were the makings of Jesus' irrefutable spiritual victories.” 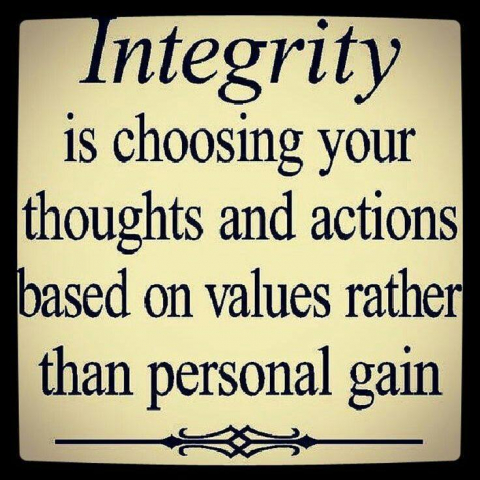