Thought Adjuster: “The life force that courses through creation is all-animating. One can retrace its origin to the First Source and Center located in Paradise. Like pure water rushing from an inexhaustible spring, it hydrates everything on its passage. Mindboggling happenstances, such as the bestowals of life and personality, are legitimate Acts of God—non-replicable by man or any other living creature.

In your universe, the phenomenon of procreation occurs within the various kingdoms that saw the light of day through the Life Carriers' dedicated landscaping and populating efforts.

“[W]e have on record the creation of one hundred million Life Carriers [. . .] graded into three grand divisions: The first division is the senior Life Carriers, the second, assistants, and the third, custodians. The primary division is subdivided into twelve groups of specialists in the various forms of life manifestation.” [UB, 36:1.2-3]

As depicted by their title of ‘Carrier,’ this order of created beings transplants life forms from other realms to planets exhibiting a favorable environment. “In the later evolution of mortal creatures, the Life Carrier Sons provide the physical body, fabricated out of the existing organized material of the realm, while the Universe Spirit contributes the “breath of life.” [UB, 34:2.5]

Not only did Jesus, a Divine Son incarnated on Planet Earth, acknowledge that all life—his included—is a bequest from the Almighty, but he also revered it as such, with a heart brimming with gratitude. He grasped that all divine endowments have a practical application for collective welfare.

He flawlessly role-modeled what it is to be a living gift—an everlasting blessing to past, present, and future generations. His life was an impactful disclosure of the intrinsic power of love-in-action and interaction.

His death on the cross was not a parting gift since he keeps giving of himself post-mortem—as you will in your perfected state. All his breaths and heartbeats were part of an unbroken chain of custody of love that started when he volunteered to incarnate among you—thus authoring a loving preface to the book of his human life. He never ceased to operate in an exhaustive gifting mode: intentionally, thoughtfully, compassionately, and pro-actively.

The words that closed the final chapter of his terrestrial sojourn were, “Father, into your hands, I commit my spirit!” It is how he consecrated his last breath to serve as a vehicle toward his next glorious operational platform. He rendered to God what belonged to God—the purest and most precious substance kept out of the sacrilegious reach of his tormentors and executioners. Up to the end of his glorious career in the flesh, he strove to add more souls to the homecoming offering he humbly laid on the divine altar.” 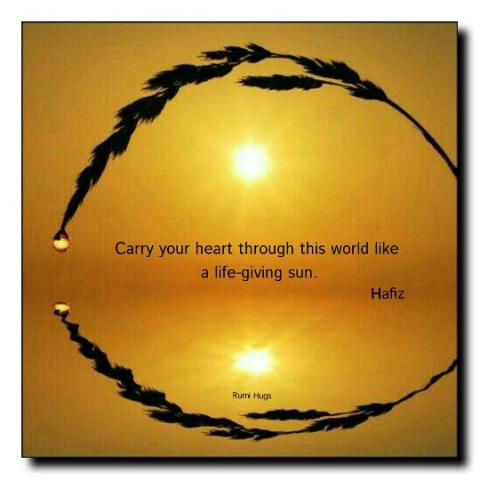