Christ Michael/Jesus:  “Dear child, this is I Christ Michael—your Father, Brother and Friend.  As you are meditating on the Light and inviting it into your whole being—body, mind and soul—I can easily move in with the Light as I too Am from the Light.  I too was conceived by the Light and seeded into this universe by the Father of All That Is so that I could serve Him to expand His Kingdom—the Kingdom of Love and Light.

“Yes, dear one, Light is the answer.  Nothing else could ever dispel the darkness that has been plaguing this planet since the Lucifer Rebellion.  Lucifer was a being of Light but he chose willfully to disconnect himself from the Source of Light and eventually he was no longer powered by the Light and his light became extinct.

“Unfortunately, due to his formerly brilliant status, he was able to take with him many unsuspecting souls whose confidence he knowingly betrayed.  He made promises to them that he could never keep.  He fooled them and used them to serve his own misguided and selfish agenda.  He truly victimized them by promising them personal liberties that were incompatible with the God-given liberties and led to a state of licence and chaos instead of one of harmony.

“Nobody can ever be ‘free’ at the expense of others as whenever personal liberties infringe upon the highest good of the whole, they are not in alignment with the Divine Plan and throw mighty wrenches into it and into the lives of those who have to put up with such out-of-control behaviors.

“Dear ones, learn to reconnect with the Light—the ever present Light that is bathing the whole universes.  By turning within, you will start recognizing the faint glow that sip into your being through your tender spots.  Your longings for love are one of the circuits through which Light can travel and enter your being.  There is nothing to fear about the Light.  On the contrary, It brings security and comfort; It dissipates the shadows cast by lies and deception—self lies and the lies of others.  Use the Light for your healing and the healing of the planet.  Ask the Light to cauterize all the suppurating wounds of the tragic past—within and without you.

“Whenever you encounter a challenging situation, surround it with Light, bless it with Light and see how you will become so ‘enlightened’ that you will be able to deal with it in a brand new way.  Instead of feeling overwhelmed by the darkness, you will be blinded by the Light!  The more you spend time in the Light, the more you will be able to withstand higher voltages and the brighter your own light will shine.  This is what light workers do; this is how they bring comfort to the planet.  This is the power of change that is being revealed at this time—an unstoppable force that will reveal the darkest secrets and right the wrongs of the ages.” 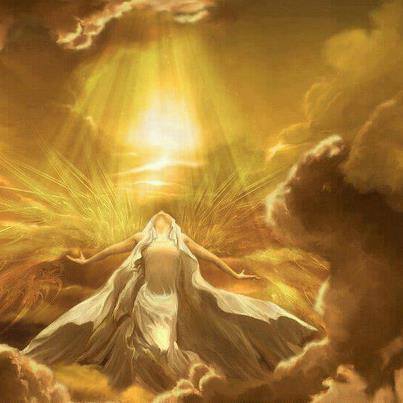