Thought Adjuster: “Each one of you would greatly benefit from turning within to examine how you operate in your relationships, as it determines which type of influence you make in the world.  You will rapidly conclude that many of you have become weaponized.

“What I mean by that is that they are consciously or unconsciously displaying hostile and destructive behaviors toward others and, ultimately, themselves.  It is evident when you look at what is occurring in the political arena.  By merely sitting on the opposite side of the aisle, someone becomes fair game in what appears to be an ever-open and merciless hunting season.

“The weapons of choice are guilt, blame, and shame, accessorized with ridicule, contempt, character assassination, deception, and more—bullying.  Those constitute grave personal offenses.

“You are called to choose between being an instrument of peace or a weapon of destruction.  Jesus is the cheerleader in the first category, while His detractors were the bad guys who obsessively devoted their energies to attacking His great name.

“What about you?  Are you a peace- or a war-monger?  Are your spoken words encouraging or discouraging, soothing or hurtful?  What about your moods?  Are they volatile?  Are you a ticking bomb overly sensitized to many environmental trigger situations?  If such is the case, what can you do about it?  Such antagonistic emotions will NEVER bring about world peace, no matter how much those who exhibit them claim the contrary.

“How then do you lay down your weapons to wave the white flag of humble surrender?  It has to start on the inner with a conscious decision to change your ways and reclaim your integrity. Empathy and compassion can help you in that process.  It is how Jesus looked at others—including His opponents.  “Father, forgive them, as they do not know what they are doing.”  Rather than retaliating in kind, He responded with love, interceding on their behalf and, thus doing, prompting many to revise their opinions toward Him and wholeheartedly join in the ranks of  His international Peace Corps.” 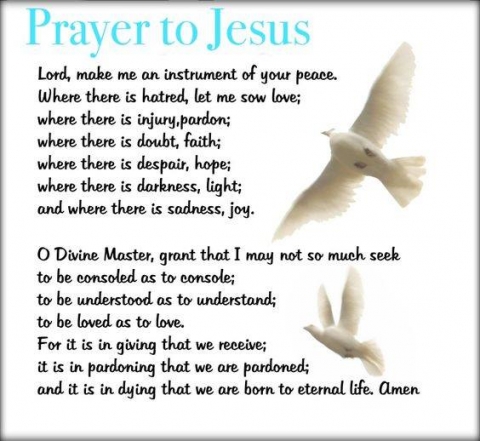