“…spirit-born individuals are so remotivated in life that they can calmly stand by while their fondest ambitions perish and their keenest hopes crash… [UB 1096:05]

Thought Adjuster: “At Pentecost, Jesus sent a new Teacher to dwell with humanity—the Spirit of Truth [the Spirit of the Universal Father and the Creator Son].  If you stop and think about it, it was an unprecedented planetary event, a groundbreaking moment in the spiritual planetary evolution.  Jesus’ Spirit, no longer confined to a physical body subjected to the limitations of time and space, could now be conducting a universal ministry.  It became accessible to all—then and now.

“Are you aware of the invaluable spiritual resources that are within your inner reach?  Do you tap into their enlightening influence? It is never too late to awaken to their inner reality and consult with them to come up with the best-informed decisions.  Moreover, you would come to realize how cherished you are as an individual and that you, indeed, much matter.

“This spiritual phenomenon was witnessed first-hand by the apostles and the believers who had been in hiding for 40 days, frightened, depressed, and traumatized by Jesus’ death on the cross.

As soon as the Spirit of Truth was bestowed upon them, their behavior drastically changed: “They found themselves suddenly translated into another world, a new existence of joy, power, and glory… Now, these frightened apostles emerged from their weeks of seclusion to appear boldly in the temple… And all the disciples were conscious of having received some new spiritual endowment of insight and power.” [UB Paper 194:1]

“The coming of the Spirit of Truth was undeniable to them, as proven by the stark contrast between their ‘before’ and ‘after’ frame of mind.  As humans of the realm, born many generations later, those of you who neglect their spiritual lives are oblivious of the spiritual powers residing within them—relegated to a standby mode.  However, those born of the Spirit undergo the instant activation of these inner powers, as validated by surprising and irrepressible surges of hope and courage amidst difficult circumstances.  Their spiritual activation liberates them from their helpless victim mentality, leading them to take pro-active actions—thus becoming the champions of the Spirit of Truth, Its resolute feet on the ground.” 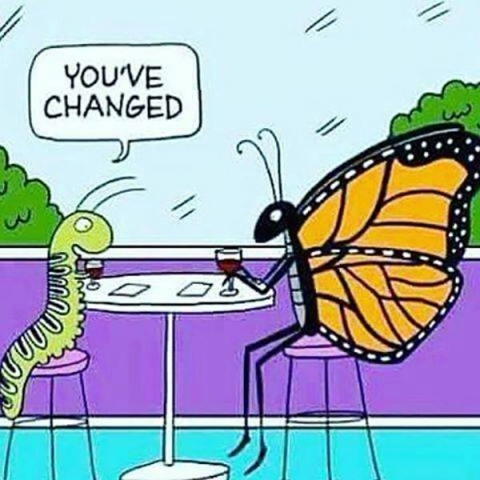