Jesus/Christ Michael: “You asked My Spirit of Truth to eductate you about the Art of Worship.  You were wondering how My worship of the Father evolved during My earthly life.  It is a weighty question.

“My role as Jesus of Nazareth was manifold.  One of its components was to reveal the Father to humankind.  From that perspective, I came as a Teacher, and I never left, passing the virtual baton to My Spirit of Truth--the new teacher made universally accessible. You are taking advantage of this connection right now, just as many of you take on-line classes whenever the teacher cannot be with you in person—something easy to relate to in this Digital Age.

“As I walked the human way of life, I took many mental notes.  I became thoroughly acquainted with the human condition, and your challenges became Mine.  I had to scout for a living connection with Our Heavenly Father.  I lived in the spiritual trenches—as you do.  I raised my gaze to the seemingly out-of-reach Heavens and was determined to figure out a way to blaze a direct trail to the Father’s Heart.

“My spiritual experience on the Mount of Transfiguration was a tremendous breakthrough.  It expanded My capacity to grasp what the Act of Worship is all about.  Its highest form yields to a blissful state where you forget about yourself as a separate entity.  It is when you merge with the Essence of the Creator in an unforgettable spiritual climax.  It generates a strong precedent in your ability to commune with All-That-Is--one that you long to replicate ad infinitum.

“Worship is both an offering and a gift.  The creature, in its heartfelt longing, becomes the living offering on the Divine Altar.  At the same time, despite Its Invisible Nature, the Divine reveals Itself within the heart of the creature, thus lifting the veil of separation.

“I had to practice the Art of Worship by living with growing awareness.  It allowed Me to pick up on the leadings of My Divine Indweller and to allow Him to point out the infinite beauty of creation and the all-pervasive love infused into it.  How could anyone remain indifferent to such a mesmerizing display of Love-in-Action?” 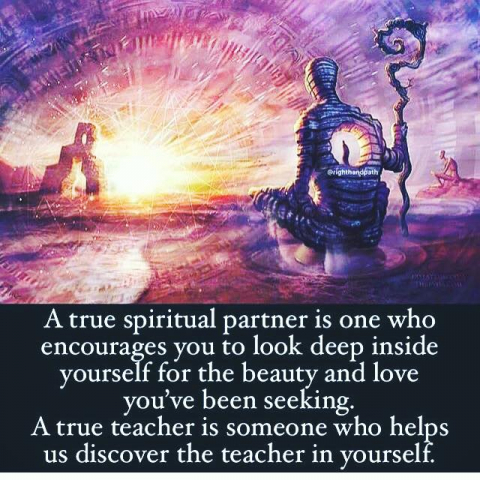