Thought Adjuster: “One could liken the various levels of human consciousness to the many floors of a skyrise. A crucial architectural consideration in drawing the blueprints for such an impressive building is to make allowances for elevator shafts.

Logically, due to the pull of gravity, the lifts will be installed in the basement—the underground.  Once safely hooked to vertical cables and a counterweight system that will enable them to ascend, engineers switch on their electric motors, sending them on the maiden voyage that inaugurates their public service mode.

The ascension process of human consciousness toward the paradisiacal penthouse also starts from ground zero.  Some of you dread stepping into the 'consciousness elevator,' held back by the fear of the unknown.  Others get claustrophobic and stir-crazy in the dark environment of their gestational spiritual phase and are anxious to emerge into the light of day. The less adventurous souls may choose to take the stairwell to climb at their rhythm, thus improving their spiritual aerobic capacities. The rewarding thrill experienced by all as they gain spiritual altitude keeps them climbing toward more ethereal and breathtaking views.

Metaphorically speaking, from their top-story vantage point, the spiritual super-achievers can describe to others the stunning views that are now theirs to behold after having painstakingly worked their way above the dense cloud cover of human spiritual ignorance.

Yet none of them intends to rest on their laurels.  They eagerly volunteer as way-showers, having qualified themselves as expert ascension guides. They would feel lonely at the top, as by nature, human beings are social beings.

How blessed are those driven to contribute to the overall highest good! Love-in-action is the ever-renewable fuel through which heaven gets manifested in you and through you—as was flawlessly demonstrated by Jesus.  He was the greatest, noblest, and most successful human that ever lived on Earth.  Yet he unassumingly volunteered 24/7 as the friendly liftman, who operated the public elevator.  He knew each passenger by name and intuitively let them off at the correct landing, giving them ample time to acclimate before nudging them to ascend some more.” 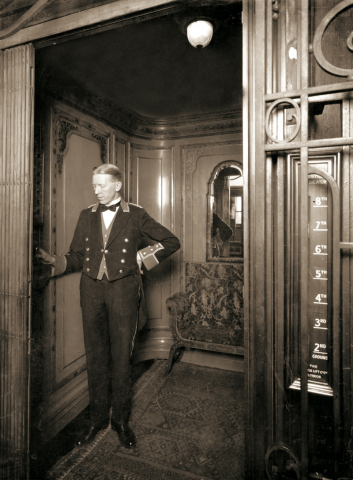