The story of Lot's wife begins in Genesis 19 after two angels arrived in Sodom at eventide and were invited to spend the night at Lot's home. The Men of Sodom were exceedingly wicked… As dawn was breaking, Lot's visiting angels urged him to get his family and flee, so as to avoid being caught in the impending disaster for the iniquity of the city. The command was given, "Flee for your life! Do not look behind you, nor stop anywhere in the Plain; flee to the hills, lest you be swept away."  While fleeing, Lot's wife turned to look back and was turned into a pillar of salt.

Thought Adjuster: “One records the cessation of physical life when the heart and the physical system shuts down.  Yet, there is so much more to Life which has not registered with many of you for lack of thoughtful consideration.

“What about your emotional life?  Your mental life?  Your spiritual life?  How do you sustain them?  Does your lifestyle support their vitality or acts as a suppressant?  Those are crucial questions to ponder.

“To be FULLY alive, beware of any ‘hardening.’  Your joints painfully stiffen when you live a sedentary life, which causes you to lose your flexibility, thus taking a big chunk out of your quality of life.

“What about the wheels of your mind?  Are you keeping them well-oiled by ingesting thought-provoking data?  Or did you put them out to pasture by spoon-feeding them with generic ‘canned thoughts’?  A complacent thinker foolishly surrenders his mental power to others.

“Jesus often warned about blindly espousing dogmas—"principles laid down by an authority as incontrovertibly true."  Truth is alive in all its forms, which requires freedom of movement and expression.  The fact that your politicians are so polarized that they chronically refute any ‘common-sensical’ hint of truth if voiced from the other side of the aisle rather than welcoming them as common grounds is what renders your government ineffective—at a never-ending stubborn stalemate.

“By becoming a champion for Truth, make sure that you are also campaigning for Beauty and Goodness.   Those who foolishly turn their back to Truth are at high risk to be ‘caught into the impending disaster of iniquity’ and, like Lot’s wife, to be turned into unmoving pillars of salt—far from fleeing for their life, they are orchestrating their spiritual demise.” 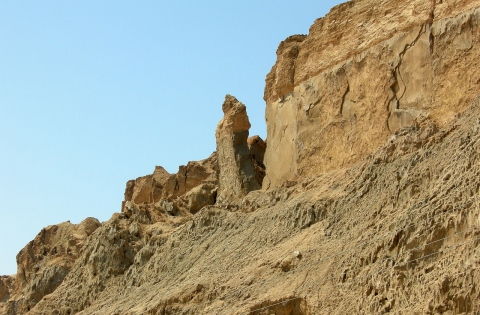