Thought Adjuster:  “Dear one, let us talk today about the Family of God.  What do I mean by that?  Humanity has been present on the planet for about one million years since the first human ancestors differentiated themselves from their animal progenitors.  Generation after generation, they became more refined in some ways and more receptive to spiritual influences.

“It was a very slow evolutionary process but, discovery after discovery, humanity evolved to a more refined society.  Yet, as you well know, it is far from being perfect as warfare has never ceased on the planet.  There has never been a complete cease fire!  Can you fathom how deep these belligerent traits are running in humanity?  This is a part of humanity’s DNA that needs to be eventually eradicated at a conscious level within each individual.

“Humanity—the family of God—has to evolve to God likeliness.  This is the objective of this very lengthy evolutionary process.  Just as you are learning to love and trust the Creator of All That Is, you also have to learn to love and trust one another.  Genuine Love is non-threatening and is the much needed stepping stone for such a process of unification.  Genuine Love is unconditional and is therefore blind to the petty differences between human beings.

“The family of God is multi generational and each generation contributes to build the set upon which the next generations will play their part.  It is crucial to think about the future generations so that they can inherit a better world.  The highest good of all bridges all generations and has to include the future potentialities as well.  If your decisions are short sighted, they may not meet the standards of the highest good.

“By learning to include that decisional criteria, you can truly help shift the planetary atmosphere toward more light and more life—meaning that more and more grey areas will be dissipated and the accumulation of decisions based solely on the highest good will truly bring forth sustainable ways of life.  Humanity will then experience the completion of its shift from barbarism and separation to the brotherhood of man and its worldwide collaboration.

“This is a slow process, but it is effective.  This is how the Father educates His children to become cosmic citizens.  Eventually, you will have to think beyond the planetary scope and you will come to realize that your decisions have a much bigger impact than you could initially fathom.  Are they propelling you toward the fulfillment of your eternal divine destiny? Or are they so narrow minded and so self-centered that they fail to sense their impact in the Divine evolutionary orchestration meant to incorporate more and more cohesiveness in the bigger picture?

“As a human being, living in the here and now, learn to expand your own abilities so that you can add higher traits to the evolutionary blend.  Little by little, the Father is adding more to the mix as one would add beautifully fragrant spices to the simmering pot of soup of humanity so as to make it more fragrant and palatable.” 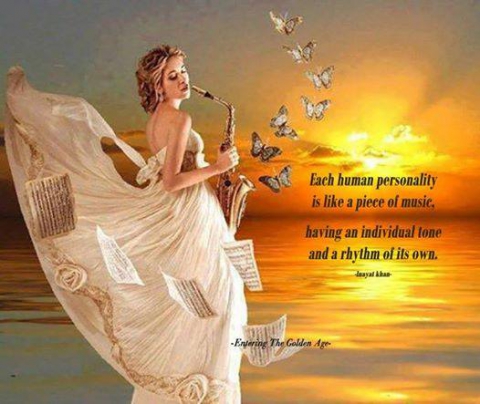