Thought Adjuster:  “Dear child, all beings matter even though mortals cannot always grasp how necessary and interconnected they are.  How is an ant colony connected to a beehive?  What do they have to do with the elephants or the butterflies?  As human beings, you zoom in on different areas of your surroundings in order to investigate them and gather a greater understanding about their intelligent function.

“Sometimes, you deem that some creatures are expandable as you fail to recognize their importance in the evolutionary chain.  Trust that the Divine knows what He does and creates and that nothing is created on a whim or randomly.  Much foresight and studies are invested in creating new prototypes of living entities as the Father sees the end from the beginning and as so many things have a snowball effect.

“Evolution evolves.  It is its very nature.  It undergoes a transformative process from point A through point B, all the way to point Z--and Point Z may be the beginning of a new process at a higher level.  This is the reason why humanity needs to find its connection with the Divine Master Mind so as to pick His Brain in order to avoid rash decisions which could lead to the extinction of some species that are essential links in the evolutionary chain.

“Our Father in Heaven, in His Wisdom, is also expert at predicting various outcomes as He made His creative process dependant in some measure on the free-will decisions of His creatures.  This is also the reason why He has posted all over His creation beings whose duty it is to observe any development on the worlds of time and space so that new plans can be developed as needed based on human decisions which are not in alignment with the original plan.

“The Father, as the ultimate Pilot of the creation, has the ability to devise back-up plans whenever the original plan is not fulfilled as intended.  This is the meaning of the Correction Time taking place on your planet right now.  Corrective measures have to be taken in order to re-align the whole earthly organism with its optimal condition.  The Father in Heaven has the prerogative of quality control and He only places His final seal of approval on an evolving creation when it is entirely in alignment with His Divine Purpose of Truth, Beauty, and Goodness.  The Father will NEVER compromise with these values that are embedded throughout all His creation in order for Love to become manifested full-strength.

“As human beings and co-creators, do not settle for less than these divine standards in your co-creations as it is the only way for them to receive eternal value and to be declared good by the Father Himself.” 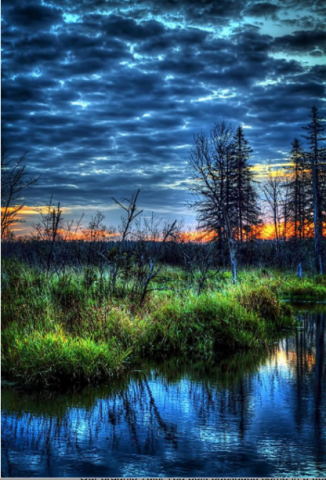