“Make no apology for evil; make no excuse for sin.  By your efforts to make amends for past sins you acquire strength to resist future tendencies thereto.”  [UB 1446:05]

Thought Adjuster: “Upon reading the above quote, the thought came to your mind that ‘evildoers’ do not qualify to be assigned ‘pro bono’ defenders, as there is no justification for evil.  Indeed, it is a gross miscarriage of justice not to hold accountable those who live in iniquity and predate upon their peers to the point of committing spiritual suicide in this dead-ended process.  Making excuses for the inexcusable fosters and perpetuates such godless behaviors.

“Yet, such scenarios abound in your world where so-called ‘justice systems’ have become so denatured that ‘devil’s advocates’ unfairly privilege the perpetrators by manufacturing doubts in their favor in spite of overwhelming evidence of guilt, thus allowing them to brazenly ‘get away with murder.’

“However, such tragic judicial errors will never be replicated in higher realms where accurate records are kept for each life.  The record custodians are angelic beings whose loyalty has been tested and who pledge full allegiance to the One and Only.  They are your glorified pro bono advocates, exclusively motivated by the furtherance of the all-inclusive highest good—yours and others—that promotes your full character rehabilitation.

“Sin is inexcusable; yet, it is forgivable as long as the perpetrators acknowledge the errors of their ways and, humbly and wholeheartedly, wish to make amend for their transgressions.  It will initially turn out to be a mighty tug of war between the sinful propensities that still have a character hold and the sincere intentions of eradicating them once and for all.

“Yet, over time and through The formation of new healthy patterns, the reformed individuals will undergo a drastic spiritual overhaul that will reward them with peace of mind and heart, as well as much inner joy—feelings that were previously completely foreign but are far more gratifying than mere sensual gratification, as they are from a very different vintage and cannot be unfairly confiscated.” 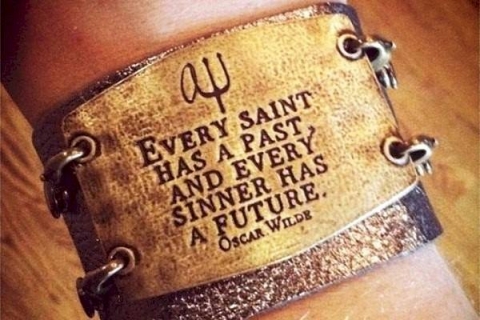