Thought Adjuster: “Evil is tricky—literally—and sneaky. Lucifer, a hardened criminal, resorted to deceit and treachery to get his misguided ways. He even ‘justified’ his iniquity to himself, as delusional pride turned out to be his greatest downfall. He shamelessly misrepresented the truth, which caused him and those who similarly behave to be labeled as forked-tongue vipers. Indeed, what they deliberately say belies their hidden agenda. They are hypocritical and act in a duplicitous manner. Such smooth-talkers are also described as speaking with ‘silver tongues,’ displaying a persuasive eloquence.

“Sadly, iniquity is still a potent agent of planetary dysfunction, and many misguided souls exhibit similar character flaws as the ones who broke the mold of godlikeness.

“Jesus, who was blameless, was labeled as evil by His malicious detractors. He unsettled them by acting as a flawless reflective mirror of their iniquity. “You belong to your father, the devil, and you want to carry out his desires. He was a murderer from the beginning, refusing to uphold the truth, because there is no truth in him. When he lies, he speaks his native language, because he is a liar and the father of lies. But because I speak the truth, you do not believe in Me!” [John 8:44]

“By crucifying this innocent Son of Man, His tormentors tried in vain to get rid of the evidence of their sins. After his death, many of his accusers came to realize the enormity of their wrongdoing. Judas himself was driven to despair and committed suicide.

“None of you is divinely entitled to sit in judgment of others. How could you know what they arbor in their hearts? For sure, hate is the least objective advisor. It is why Jesus admonished you to love your enemies—not in an enabling way, but with a heart filled with empathy and compassion and with the desire to help them awaken to the error of their ways.

“How do you behave in these turbulent times? Are you slinging mud on those who dissent with your opinions? Are you stoning the modern-day whistleblowers with words laced with animosity? If so, how does it make you feel? Are you at peace within, or do you feel conflicted—as you should?

“Ask Jesus’ ever-available Spirit to guide you in truth. The easiest way to do so is to ask yourself, “How would He behave in my stead?” You will be amazed at the efficiency of such a question. Be true to yourself—as He was, and you will be rewarded with the peace that passes all understanding—His peace.” 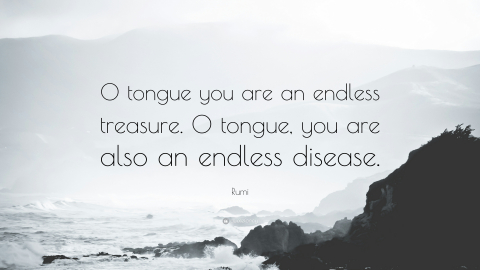