“In this time of waiting Jesus endeavored to teach his associates what their attitude should be toward the various religious groups and the political parties of Palestine.  Jesus’s words always were: “We are seeking to win all of them, but we are not of any of them.””  [UB 137:7:5]

Thought Adjuster: “After a tumultuous political campaign in the United States, your world is waiting for its official outcome. Regrettably, many of you exhibited little moral decency while voicing their convictions. Their political fervor placed a gag order on the voice of reason of the Golden Rule, thus aggravating the state of divisiveness and hostility among men.

No matter who emerges as the official winner of this election, I admonish each one of you to take a meditative time-out and ponder your behavior—past and present. Has your attitude contributed to the spiritual advancement of your world? Or have you placed your spiritual life on a sabbatical to devote all your energies to your political crusading? Jesus clearly stated that his followers should only be concerned about winning souls for the Father.

Violence-condoning religious or political demeanors are unacceptable. They stand in stark contrast with Jesus’ benevolence toward all. The word ‘benevolence’ has its roots in the Latin words ‘bene’ and ‘velle.’ It means to wish well to others—a one-word summary of the Golden Rule.

Win or lose, how will you behave?  “All too often, when we battle for the right, it turns out that both the victor and the vanquished have sustained defeat.” [UB 160:3:4]   Do not let it happen to you! Strive to emerge spiritually victorious from this personal challenge. May the winners be compassionate toward their disappointed siblings, and the losers shine by their sportsmanship. May both sides graciously shake hands, declaring their willingness to collaborate for the highest good—turning a critical predicament into a win-win situation." 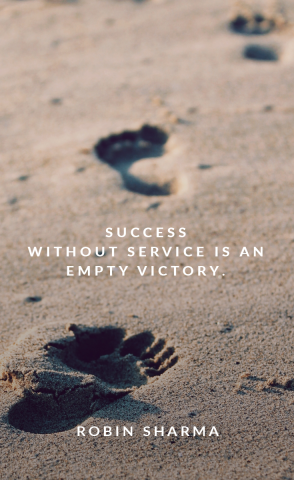