Teacher Uteah: “On His last day of freedom, Jesus surprisingly maintained a cheerful composure while His apostles entertained moods of gloom and doom, intuiting the terrible drama about to unfold.

“Did He fake such a light-heartedness to comfort His entourage?  Or, was it a telltale of His Self-Mastery?  The auric field of a Master is light-infused, and his soul is replete with a peace that passes all understanding—or should I say, that is beyond all human comprehension?

“Jesus was the Prince of Peace!  In that sense, He was super-human and super-mortal.  Instead of obsessing about the cruelty of His upcoming execution, He dwelt on the spiritual victory it would birth. “If I depart from you in the flesh, it is only that I may return in spirit.”  “This new teacher will be forever unfolding to the truth-seeking believer that which was so divinely folded up in the person and nature of the Son of Man.”  [UB 194:3.8]

“Jesus’ outreach was limited by the fetters of the flesh.  It would be exponential once His spirit was set free to soar.  A good metaphor for it is your folk's tale depicting a genie released from an oil lamp in which he was trapped.

“Jesus was able to see the blessings encapsulated in His trials and tribulations. The way of the cross was divinely willed to reset the planetary spiritual clock and synchronize it with the Universal Time Zone.

“Death-row prisoners can request a last meal of their favorite foods. Jesus’ last meal was shared with His disciples when He instituted the sacrament of communion through which He could forever share His spiritual essence with hungry souls—another glorious victory over the throes of death.” 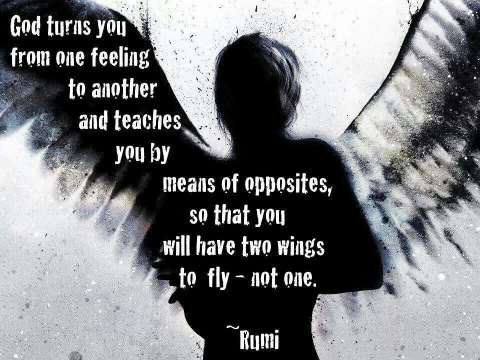