Assumption: a thing that is accepted as true or as certain to happen, without proof.

Thought Adjuster: “You often have to make sense of puzzling, conflicting state of affairs that rob you of your peace of mind. The best way to proceed is to ever keep an open mind.

Too often, latent fears coupled with the past experiences molded your inner programming, rendering you overly suspicious, and leading you to jump to erroneous conclusions prematurely. When you leave out some crucial elements, you commit severe errors in judgment—acting as a self-imbued agent of injustice.

“In the mind’s eye conjure up a picture of one of your primitive ancestors of cave-dwelling times—a short, misshapen, filthy, snarling hulk of a man standing, legs spread, club upraised, breathing hate and animosity as he looks fiercely just ahead. Such a picture hardly depicts the divine dignity of man. But allow us to enlarge the picture. In front of this animated human crouches a saber-toothed tiger. Behind him, a woman and two children. [. . .] the man is the same in both pictures. Only, in the second sketch you are favored with a widened horizon. You therein discern the motivation of this evolving mortal. His attitude becomes praiseworthy because you understand him. If you could only fathom the motives of your associates, how much better you would understand them. If you could only know your fellows, you would eventually fall in love with them. [UB, 100:4.5]

Assumptions are made for lack of pertinent data and involve guesses, some on the wild side. As the saying wisely suggests, ‘one should err on the side of caution’—even better, on the side of love, empathy, and compassion. Whenever you crystalize a faulty assumption into a personal doctrine, you will be misled by your train of thoughts, as you do not have all the FACTS. Fanatics have conducted many sordid witch hunts throughout human history that ostracized or sentenced to death the best among them, thus doing a collective disservice.

The Pharisees wrongfully ‘assumed’ that Jesus, a divine Son, was of the devil and nailed him on a cross! Joan of Arc, another divinely-commissioned historical figure, was burned alive at the stake. Heartless inquisitors brutalize valiant souls to force them to admit to presumed but inexistent existent wrongdoings.

Scientific theories start with an assumption—a hypothesis. After its formulation, honorable scientists set on a thorough fact-finding inquiry to reach admissible conclusions. It is how the common folk ‘assumption’ that the Earth was flat was debunked, a giant breakthrough, as irrefutable truth acts as a launching pad toward more enlightenment.” 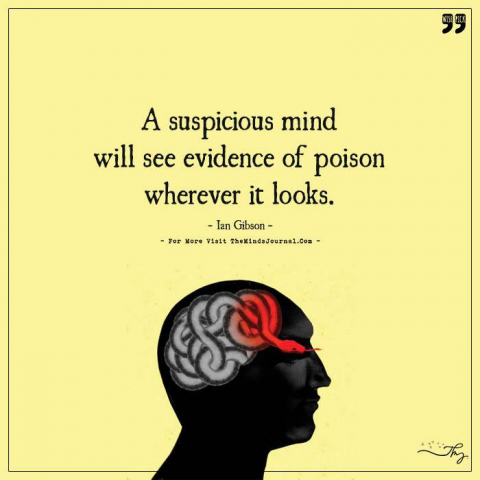