“There is an art in defeat which noble souls always acquire; you must know how to lose cheerfully; you must be fearless of disappointment.”  [UB 1779:05]

Thought Adjuster: “Both losing and winning can serve as practice runs toward self-mastery—the emotional prowess exhibited by the ‘noble’ souls who refuse to get bitter and always strive to get better. You have been at both ends of the spectrum.

“Your world proliferates with both winners and losers. Sadly, the word 'loser' is often tainted with a negative connotation when contempt is dished out to the ‘losing party’ in place of heartfelt empathy and compassion. Such a condescending attitude makes things even worth, and both parties end up on the losing side. It is what happened to both Cain and Abel. Isn’t it time to learn from their bitter experience?

“What if? What if Abel had not been arrogant toward his disappointed brother? What if Cain had been able to shake up his foul mood, understanding that life would unfailingly provide him with renewed opportunities to prove his worth? Maybe, both brothers would have found immediate closure in a brotherly hug.

“Losing cheerfully does not imply some twisted emotional perversion on your part. It has to do with emotional maturity—a world of difference between self-centered pity parties and a healthy perception of your 'self-importance.’ You do matter, but the world does not revolve merely around you.

“As well, the fear of disappointment prevents many to give a try to the mastery of challenging predicaments. Figure ice-skaters reach their stunning level of skills by enduring many painful falls.  Then, the packed ice is perceived as a harsh disciplinarian while, at other times, it is the shimmering arena of their beautiful choreographies.

“Defeat stings enough by itself. Why add to it a plethora of ‘losing’ emotions such as bitterness, resentment, jealousy, and the release of venom toward the winner? Wouldn’t it far more noble to rally around the winning party to celebrate its achievements, instead of pouting and concocting evil plots to 'get even’? 'Getting even' should never be misconstrued as exacting revenge. Instead, it should be an invite for the ‘loser’ to try harder and raise to the level of the winner by noble and righteous means.” 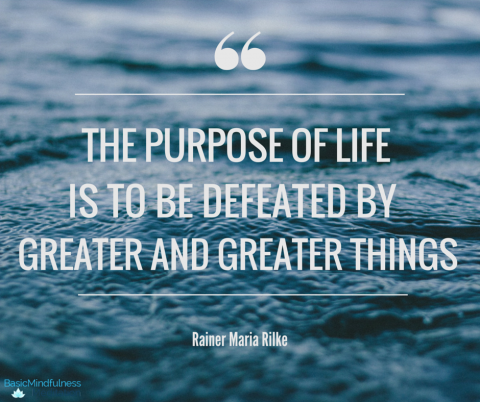