“The Master’s consecration charge was: “Go into all the world and preach the glad tidings of the kingdom. Liberate spiritual captives, comfort the oppressed, and minister to the afflicted. Freely you have received, freely give.” [UB, 140 :9.2]

Thought Adjuster: “Jesus thoroughly briefed the postulants to apostleship about the serious repercussions that yielding to his ‘follow me’ would have on their lives. The Champion of Truth did not hold back any vital piece of information from his wannabee followers. They were forewarned.

As the Commander-in-Chief of the Unified Light Forces, he commissioned each recruit of his special forces according to the natural aptitudes that made them valuable assets. Because they knowingly consecrated their life to be in service of the emerging kingdom, the Apostles formed an exceptional platoon, groomed to serve at the frontline as essential workers: providing spiritual food to hungry souls; encouraging the depressed and oppressed; and attending to the sick—thus operating as healers of men’s souls, minds, and spirits.

What about you? Have you decided in which capacity you will contribute to their legacy? Which heart-driven service can you cheerfully render that does not place undue strain on your current physical, psychological, emotional, and spiritual makeup?

Your enlistment in divine service is gratuitous—neither barter nor trade-off. It is a special offering from your caring heart made humbly under cover of anonymity—wisely keeping at bay the dangerous narcissistic tendencies at the onset of Lucifer’s and Judas’ tragic falls from grace as they fell in love with themselves.” 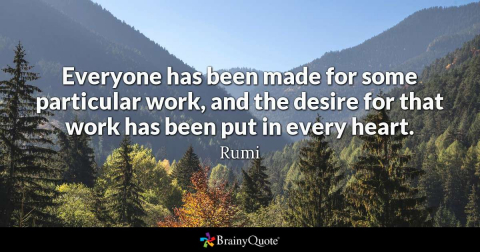