“On worlds not segregated by sin, the evolutionary races are able to formulate far better ideas of the Universal Father; they suffer less from confusion, distortion, and perversion of concept.” [UB 4:3:3]

Thought Adjuster: “Bringing back your planet into the cosmic fold is no small feat.  This redemptive process has been set in motion since the Lucifer default over 200,000 years ago and has suffered severe setbacks with complex ramifications reverberating down the ages.

The rebellion derailed the evolutionary process, setting its clock ages back due to the extra handicaps it piled upon humankind.

Your world has reached another existential tipping point where everyone has a say in shaping the collective destiny.  Will you ungratefully and foolishly let go of generational achievements obtained at the high cost of sweat, blood, and tears?  It is undeniable that the past is peppered with unfortunate events, as many regrettable decisions were made out of ignorance or iniquity, thus yielding catastrophic outcomes.  Ignorance will not be held against you, as it is an extenuating circumstance.

However, your refusal to take the higher road once identified is one strike against you.  It makes you a willing captive of the dark ages of your soul—an inner world plagued with the low-grade motivators of fears, shame, and guilt.

Lucifer staged a ruthless campaign to lure the masses into revolting against the legitimate divine establishment.  He cleverly picked apart their belief systems, thus leaving them in the dark as to their superhuman potentials of godlikeness.  They became spiritual orphans placed in his highly dysfunctional foster care system.

The Correcting Time blesses your generation with enlightening revelations—often by contrast.  By experiencing what it does not want, your world gains clarity about what would be by far preferable—a peaceful society where love, empathy, and compassion reign supreme—the superglue needed to stunningly rearrange the colorful mosaic of souls.” 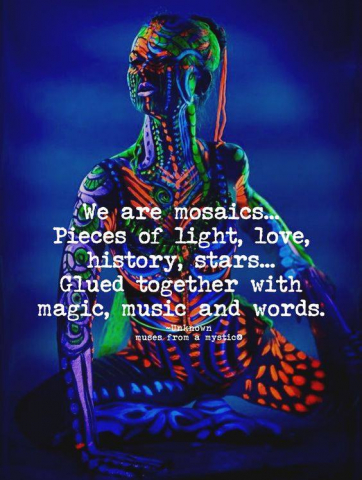